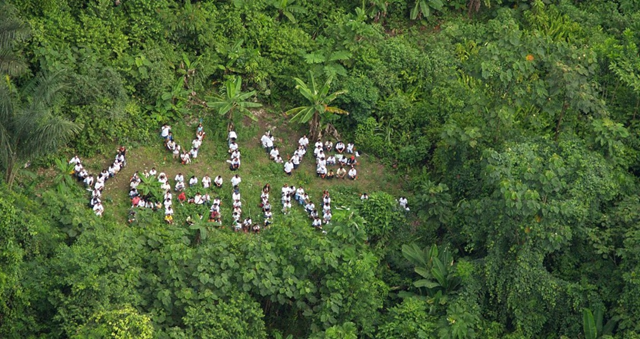 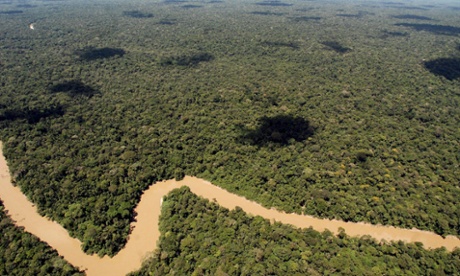 (theguardian.com) – Drilling for oil in a part of the Amazon rainforest considered one of the most biodiverse hotspots on the planet is to go ahead less than a year after Ecuador's president lifted a moratorium on oil drilling there.
Last August, Rafeal Correa scrapped a pioneering scheme, the Yasuní Ishpingo-Tambococha-Tiputini (ITT) initiative, to keep oil in the ground under a corner of the Yasuní national park in return for donations from the international community.

On Thursday, environment minister, Lorena Tapia, said permits for drilling had been signed for the 6,500-square-mile reserve, known as block 43, and oil production might begin as soon as 2016.

The permits allow Petroamazonas, a subsidary of the state oil company, to begin construction of access roads and camps to prepare for drilling.

Esperanza Martinez, an environmental activist in Ecuador, was quoted in a leading national daily as saying Petroamazonas had a bad record on oil spills and it could not be trusted to drill safely in the Yasuní-ITT.

Earlier this month, Ecuador's government rejected a petition calling for abandoning plans for drilling in the area, saying the organisers had failed to get enough signatures to trigger a national referendum.

The petition's backers, YASunidos, accused the government of fraud after only 359,762 signatures of around 850,000 submitted were deemed genuine – the threshold for forcing a referendum is 583,323.