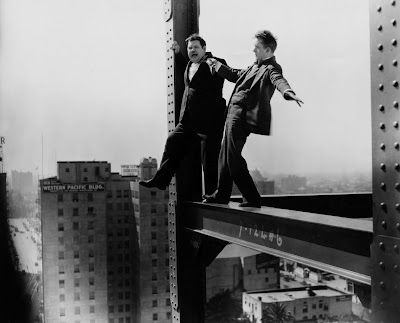 There is little doubt that the inflation and bond market funny money game will come to an end sending the teetering bond and equity markets into a free fall. The yellow flags are out because interest rates have been too low for too long, and inflation is dramtically higher than reported.

Investors can only tolerate negative real returns for so long before they seek higher ground. Finding the higher ground is the gist of their challenge.

Marc believes markets are topping out and points to Apple's 30% decline as to how stocks can rise then fall back again. So short term, he thinks that a 10 to 30% reversal is still in the cards. He points to the sell off that occurred in 1987, when stocks collapsed 40% in two month after a preceding 44% run up.

We concur with Faber, that the risks are high in the short-term, but we know that markets can climb the wall of worry, despite rational fundamentals. It has its own mind; perhaps abetted by the flash- traders dance, thereby becoming more of a casino. However, as there is no strong rational for any long-term positive sentiment, we are biased towards short positions particularly in US Banks, Brokers and Treasuries. Tech companies should also see valuations punished more than the broader market. Facebook and Apple are still high on the list.

The turning point will be the collapse in Bond Market that is long over due, as everyone knows that the inflation figures are being rigged by Washington to keep rates low. This game cannot last, as sooner or later the market sees through such things; albeit the FED can continue to prop it up by printing more money.

These are times to be extra careful. Period