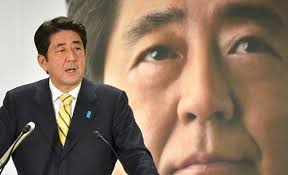 “My country needs your knowledge and expertise”

Almost daily the reactor at Fukushima faces new leaks of radioactive water as tanks overflow and spill their refuse into nearby seas. Over a month ago Japan had stated to the 2020 Olympic Committee, that the situation was under control. Not so, as reflected by their Prime Minister's recent call for international assistance. Japan's problems are also flowing over into the nuclear industry, that just had two multi-billion dollar projects more or less cancelled in a Canadian province.

It seems that the media is also playing down the consequences on the local fishing industry because local Sushi restaurants are in a business as usual mode. At this point it is hard to determine what the final outcomes will be until the situation is put to rest and some time has lapsed to allow for a damage assessment. There is little doubt its affects are far-reaching and may still have an impact on the larger economy as energy costs are certain to rise over time.

Crippling the world's third largest economy is sure to have spreading global effects that may ultimately cause havoc in the global financial markets too. Therefore, it is self-evident why such a hush-hush environment exists around disclosure, events and media.

Meaning that we are going to continue monitoring developments as they are reported. Events here could dramatically change too many things, particularly when there is little evidence that they are contained or may even becoming worse?