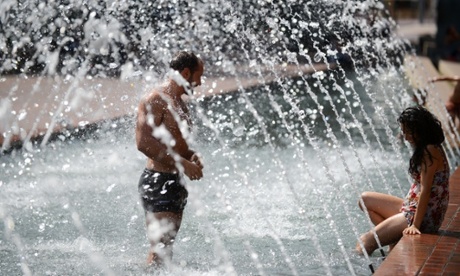 High temperatures, which are forecast to continue through winter, are a clear sign of climate change, report warns 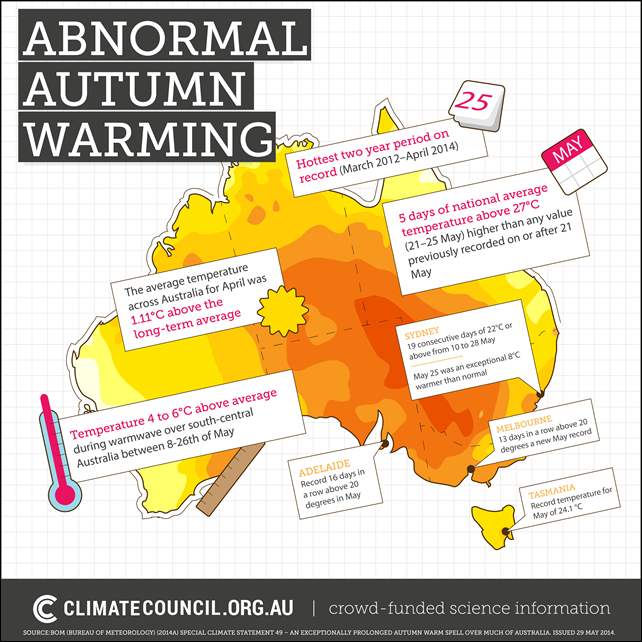 Press) – Australia has experienced its hottest two years on record and high temperatures are set to continue through winter in a clear sign of climate change, a report warns.
May 2012 to April 2014 was the hottest 24-month period ever recorded in Australia, but that is likely to be eclipsed by the two years between June 2012 and May 2014, according to the Climate Commission's latest report, Abnormal Autumn.

"We have just had an abnormally warm autumn, off the back of another very hot 'angry summer'," Professor Will Steffen of the Climate Council said.

"The past two-year period has delivered the hottest average temperature we have ever recorded in Australia.

"Climate change is here, it's happening, and Australians are already feeling its impact."

The average temperature across Australia in April was 1.11C above the long-term average, the report says, citing Bureau of Meteorology figures.

The average minimum temperature was 1.31C above normal.

Unseasonable temperatures in the autumn "warm wave" set records, with Sydney, Adelaide, and Melbourne setting benchmarks for the consecutive number of May days when the mercury reached 20C or higher.

In its report, the Climate Council says the abnormally warm weather in April and May "are part of a longer-term trend towards hotter conditions in the summer months and more warm spells in autumn and winter"