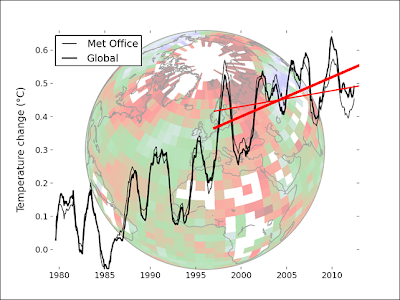 That was a great movie title with some fabulous stars, but it was never intended to be applied to how we set our global thermostat. Or maybe it has another meaning?

From the outset one should realize that there are two distinct categories of scientist: Media-Scientists and Real-Scientists. The former are the ones you often see in  the media, on talk shows and print, promoting a favoured point of view that is consistent with those of their benefactors. Very little credibility can be given to these media hucksters for obvious reasons. Real-Scientists, however, labour quietly behind the scenes seeking little public attention for their work; being most happy with their quiet professional achievements and peer approvals. They do not significantly benefit in any other ways from their work, and hence are afforded a much higher degree of trust.

So that is why when these real climate scientist tell us that global warming is double what many  believed for the past fifteen years - we believe them. But we do not do so blindly and look to other corroborating evidence to confirm their assertion. Other supporting evidence includes rising sea levels, more wildfires and floods, extreme weather turbulence, animal migrations, declining insect populations and rapidly melting glaciers and icecaps. Almost overwhelming support!

On the other hand, we also recognize that measuring the global temperature is not so simple. It is a complex process and metric because of the numerous ranges and areas that need to be measured and observed.There is no one absolute measurement or device. Therefore, some form of mathematical averaging and modelling requiring assumptions are needed, but these are also  subjective and open to influence and change. Despite this shortcoming, the integrity of the Real-Scientists who perform these complex calculations is a substantial and positive over-riding persuasion in their favour.

Read the above-attached (linked ) RealScientist  report for yourself; read other source links, go over their site and think about what else supports the report's climate temperature assertion. Then draw your own conclusions.  We did. Things are much hotter than we thought.


Who Should we Believe?
Hmm... 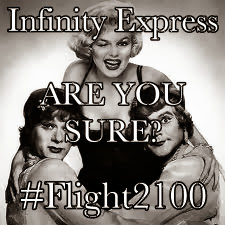