Is It Exponential Math Yet?

Now what does Venezuela have in common with Syria, Egypt, Greece, Italy, Cyprus, Portugal  and a host of many others? Start with rapid population growth, and then add in a sharp decline in natural resources critical to generating export revenues needed to buy food stock for its growing number of mouths. The Flat J Curves that we observe globally are infesting individual countries who had for decades followed the false prophets (sic) of classical economic theory. Wealth was not created, rather it disappeared.

Now look at what happens when those naive make-believe positive-sum games collide with real physical economic constraints that refuse to negotiate and do not allow more blood, or as in this case; OIL - to be drawn from the stone. Food Shortages result, turning to social unrest which then sets the stage for political upheaval. Anyone starting to see a pattern emerging here yet? Clearly, not the gurus working at the IMF, World Bank, UN and other bastions of astute and thoughtful analysis.

We are not going to forecast the future here, but all minds should begin to turn to the insightful destiny of Nauru, Easter Island and others to see the path that most likely lies ahead for these failing economies. Economists may continue to mutter eloquently with gibberish that suggests these nations need to conform and adhere more rigorously to their naive growth theories and monetary doctrines. They all tried that nonsense. So why can't they create the wealth and grow out of it?

Because there is so much less to grow with, and too many more to grow for. It is a pie that is shrinking while facing demands of a rapidly growing population. And as we know, that sort of silly mathematics only works at the Highly Esteemed  Schools of Classical Economists. Voodoo math that is totally ignored by the physical laws governing - Entropy!

To close, we fondly observe - SNAFU 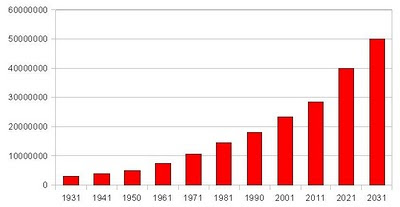 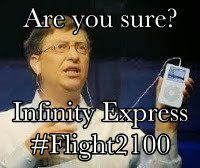