DETROIT Files for Bankruptcy - What Next?

DETROIT files for Bankruptcy - What Next? 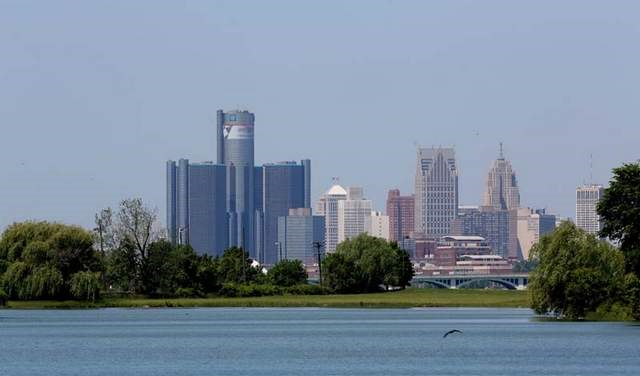 "I've got sunshine on a cloudy day; when it's cold outside I've got..."

"In a world obsessed with the crazy frivolities of celebrity, reality television, sporting events and royal births, the real important events affecting human conditions are lost in the noise of a dysfunctional media
- we need to grow up fast"

While the news may come as a shock to some, this much anticipated event is just another cut in the demise of this once iconic American city. It was the industrial centre, a heart and soul of culture, a symbol of America and its "enterpride" that had worked to win wars and put the nation at the top of the global economic stage. Its primary automotive products changed, forever, the way we worked, lived and transported the essentials of commerce and livelihoods, from here to there.

The old saying was "what's good for General Motors is good for America," signifying just how critical this industry and city had once been to the nation's economy. Many questions and words will be written regarding the whys, hows and whats of the industry's turn of fortune and the city's plight. Some could point to globalization, poor management, foreign competition, social decay or a host of other reasons and combinations thereof. Still what is clear is, despite the best minds, efforts and resources: it happened! - creating even bigger concerns - How many more Detroits are there? Is this just the beginning? What next?

As for sure, sound and stable economies cannot be linked to only soft, intangible and abstract industries, such as social media and entertainment - hot air can only be exchanged for so much, and particularly, as the scarcity of key economic raw materials begins to play a larger hand in global economic activity.

Perhaps, it is also time to wake-up and have a close look at how global competitors run their economies to create their sustainable comparative advantage. Apparently, they have relied less on the ideals of free enterprise and apply "National Business Strategy" to set the actions, programs and goals for their endeavours, which in some cases, results in de facto slave labour conditions. Leading us to believe that free trade - is really an oxymoron. Free for whom?

So there is certainly much more analysis that needs to be done -including what and why levels of government and management failed to address this problem in the early stages. It is a situation that did not just occur overnight, but was apparent to many and allowed to fester for many years. And how many more cities are waiting in the wings?

So we will continue to monitor the events here, and also what appears to be an emerging trend nationally, More importantly we stress, this is a global economic disease that has spread to European countries such as Cyprus, Portugal and Greece, along with nations in the Middle East who are at the forefront of social  and political upheaval.

Is the abstructionist's economy finally falling into the grips of a finite planet's physical constraints. The logical conclusion is yes. So - What Next???