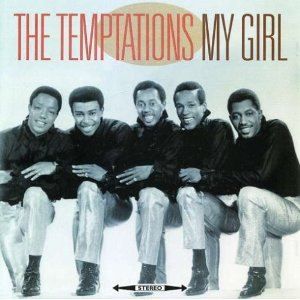 This article written by Frosty Wooldridge regarding the demise and plight of the once mighty American city we fondly  refer to and recall as Motown or Motor City ,the symbol of  the nation's industrial strength , should break your heart. Because it breaks all of ours, as we yearn for those times when it was so much more. For many it was "My Girl" a song that gave us sunshine on a cloudy day, or in a cold month of May.


The Tragedy of Detroit, Michigan, Immigration and the Great Society

(Frosty Wooldridge is a US journalist, Michigan State University graduate, writer, environmentalist, and six continent world traveler, often referred to as a Paul Revere - A Hero For Our Times)

For 15 years, from the mid 1970's to 1990, I worked in Detroit, Michigan . I watched it descend into the abyss of crime, debauchery, gun play, drugs, school truancy, car-jacking, gangs and human depravity. I watched entire city blocks burned out. I witnessed graffiti explode on buildings, cars, trucks, buses and school yards.Trash everywhere!

Detroiters walked through it, tossed more into it and ignored it. Tens of thousands, and then hundreds of thousands today exist on federal welfare, free housing and food stamps.
With Aid to Dependent Children, minority women birthed eight to 10, and in one case, one woman birthed 24 children as reported by the Detroit FreePress—all on American taxpayer dollars.

A new child meant a car payment, new television and whatever mom wanted. I saw Lyndon Baines Johnson's “Great Society” flourish in Detroit . If you give money for doing nothing, you will get more hands out taking money for doing nothing
Mayor Coleman Young, perhaps the most corrupt mayor in America , outside of Richard Daley in Chicago, rode Detroit down to its knees... He set the benchmark for cronyism, incompetence and arrogance. As a black man, he said, "I am the MFIC." The IC meant "in charge".  You can fill in the MF for yourself.  Detroit became a majority black city with 67 percent African-Americans.  In 2013, Detroit features nearly a 90 percent minority-majority population.

As a United Van Lines truck driver for my summer job from teaching math and science, I loaded hundreds of American families into my van for a new life in another city or state.
Detroit plummeted from 1.8 million citizens to 700,000 today. At the same time, legal and illegal immigrants converged on the city, so much so, that Muslims number over 300,000. Mexicans number 300,000throughout Michigan, but many work in Detroit . As the whites moved out, theMuslims moved in.  Welfare became a way of life.

As the crimes became more violent, the whites fled. Finally, unlawful Mexicans moved in at a torrid pace. Detroit suffered so much shoplifting that grocery stores no longer operate in many inner city locations.You could cut the racial tension in the air with a knife! Detroit may be one of our best examples of multiculturalism: pure dislike and total separation from America.
Today, you hear Muslim calls to worship over the city like a new American Baghdad with hundreds of Islamic mosques in Michigan, paid for by Saudi Arabia oil money. High school flunk-out rates reached 76 percent last June, according to NBC's Brian Williams. Classrooms resemble more foreign countries than America. English? Few speak it! The city features a 50percent illiteracy rate and growing.

Unemployment hit 28.9 percent in 2009 as the auto industry vacated the city. In Time Magazine's October 4, 2009, "The Tragedy of Detroit: How a great city fell, and how it can rise again," I choked on the writer's description of what happened. "If Detroit had been ravaged by a hurricane, and submerged by a ravenous flood, we'd know a lot more about it," said Time reporter Daniel Okrent. "If drought and carelessness had spread brush fires across the city, we'd see it on the evening news every night. Earthquake, tornadoes, you name it, if natural disaster had devastated the city that was once the living proof of American prosperity, the rest of the country might take notice.

“But Detroit, once our fourth largest city, now 11th and slipping rapidly, has had no such luck. Its disaster has long been a slow unwinding that seemed to remove it from the rest of the country. Even the death rattle that in the past year emanated from its signature industry brought more attention to the auto executives than to the people of the city, who had for so long been victimized by their dreadful decision making."

As Coleman Young's corruption brought the city to its knees, no amount of federal dollars could save the incredible payoffs, kickbacks and illegality permeating his administration. I witnessed the city's death from the seat of my 18-wheeler tractor trailer because I moved people out of every sector of decaying Detroit .
"By any quantifiable standard, the city is on life support. Detroit 's treasury is $300 million short of the funds needed to provide the barest municipal services," Okrent said. "The school system, which six years ago was compelled by the teachers' union to reject a philanthropist's offer of $200 million to build 15 small, independent charter high schools, is in receivership. The murder rate is soaring, and 7 out of 10 remain unsolved. Three years after Katrina devastated New Orleans , unemployment in that city hit a peak of 11%. In Detroit today, the unemployment rate is 28.9%. That's worth spelling out: twenty-eight point nine percent.”

At the end of Okrent's report, he promised to write more about Detroit, "That's because the story of Detroit is not simply one of a great city's collapse, it's also about the erosion of the industries that helped build the country we know today. The ultimate fate of Detroit will reveal much about the character ofAmerica in the 21st century.  If what was once the most prosperous manufacturing city in the nation has been brought to its knees, what does that say about our recent past? And if it can't find a way to get up, what does that say about America’s future?"

As you read in my book review of Chris Steiner's book,"$20 Per Gallon", the auto industry won't come back. Immigration will keep pouring more and moreuneducated and unskilled third world immigrants from the Middle East into Detroit, thus creating a beachhead for Islamic hegemony in America . If 50 percent illiteracy continues, we will see more homegrown terrorists spawned out  of the Muslim ghettos of Detroit . Illiteracy plus Islam equals walking human bombs.

You have already seen it in Madrid , Spain , London , England and Paris , France with train bombings, subway bombings and riots. As their numbers grow, so will their power to enact their barbaric Sharia Law that negates republican forms of government, first amendment rights, and subjugates women to the lowest rungs on the human ladder. We will see more honor killings by upset husbands, fathers and brothers that demand subjugation by their daughters, sisters and wives. Muslims prefer beheadings of women to scare the hell out of any other members of their sect from straying. Multiculturalism: a perfect method to kill our language, culture, country and way of life.

If you think Mexicans and Muslims will eventually fit right into America, you have another reality check coming. One look at the constant violence and segregation in Los Angeles portends a sobering future for all Americans.  Chicago suffers endless minority gun killings.  “Black flash mobs” in major cities run around looking for white Americans to beat up and kill.  Detroit features honor killings, female genital mutilation, arranged marriages and violence toward gays by Muslims.  Those accelerating situations represent only symptoms of what the future holds for Americans in most cities dominated by endless immigration.  Detroit, Michigan presents us with a peek into our future as a multicultural morass.

"Democracy is two wolves and a lamb voting on what to have for lunch. Liberty is a well-armed lamb contesting the vote." -- Benjamin Franklin

DO YOU REMEMBER WHEN?