Floods leave half of Solomon Islands' capital without access to water

Authorities say it could be weeks before water supplies to the capital of Solomon Islands are restored.

9 April 2014 (Radio Australia) – Authorities say it could be weeks before water supplies to the capital of Solomon Islands are restored. 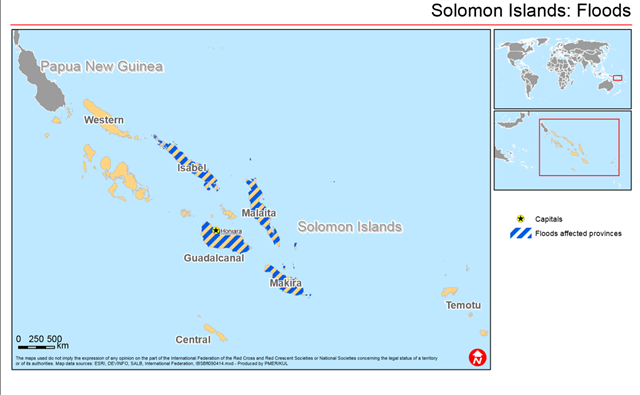 It also wreaked havoc on Honiara's water mains, with around 50 per cent of the city now unable to access water, and pipes to one of the main water supply depots broken.

"We have two levels of problem," he told the ABC.

"We're dealing with the amount of water available in Honiara, generally, but also … provid[ing] safe basic quantities of drinking water to the evacuation centres."

Australia will also boost the number of personnel in the Regional Assistance Mission to Solomon Islands (RAMSI).

There are now 16 Australian Defence Force personnel deployed in the country.