The Economist - Climate Change "It's Still our Fault" 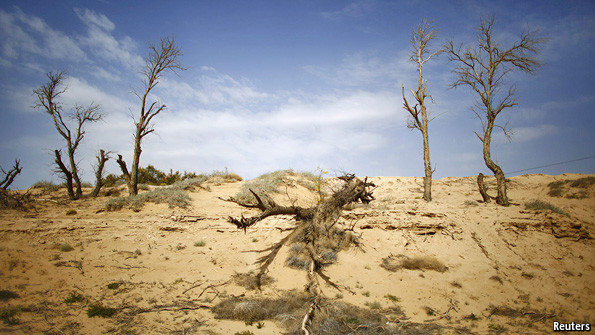 Climate change denial? It is not even the question of whether it is occurring or not - in this recently released IPCC report - Intergovernmental Panel on Climate Change; in fact, the key issue is identifying what or who is the cause behind this rising trend. So it is no surprise, when this UN body states that it is more than 95% certain that human activity is behind increasing temperatures, as reported in The Economist article linked above.

But it is more depressing when the co-chair of the report, Thomas Stocker, says that we are committed to climatic change for centuries to come, even if we completely halted CO2 emissions today. Telling us that the heating feedback loops in the biosphere are on automatic pilot and cannot be reversed in short order. There is just no question then that road ahead is turbulent - and all bets are off should the warming begin an accelerated climb. Some scientists believe that is a possibility that could occur any time without warning.

Again this proves that measuring the wealth of nations or the planet based simply on monetary values creates a false sense of well-being. In more ways than one wealth is diminishing rapidly, despite happy GDP or employment growth numbers. Economics may ignore physics, but physics won't ignore economics.


Physics does not negotiate...