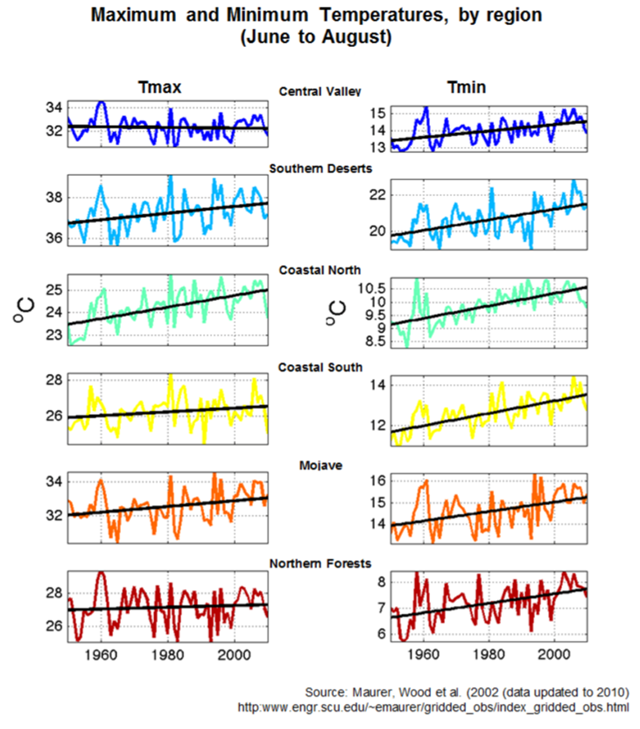 Here again we can look at key non-financial metrics that dig deeper into the wealth of an economy. California is already plagued by financial woes as budgetary deficits have brought the state to the brink many times. It is dancing on thin ice and requires the environment and climate to co-operate, if there is any hope of repairing fiscal issues. Not likely, as these climate graphs indicate.

Since 1950, the min and max temperatures have been increasing in all six regions in the state. Warmer temperatures means more wildfires as well as poorer growing conditions for agriculture, a major export from the state. This also means the supply of water will become more critical to serve both local fire-fighting and agricultural needs. This can only mean higher costs that will get passed on to food production; in turn consumers.

So, with this in mind we should keep a focused eye on the number and size of wildfires given their far-reaching economic implications within and outside the state. Hopefully, the Santa Ana winds don't make surfers and surfing also a past-time similar to those of California sun-bathers from millions of years ago.

Land of the Endless Summer?