The Paul Krugman Blog - Rationality of the Euro
(Click Below)

The Paul Krugman Blog - Rationality of the Euro 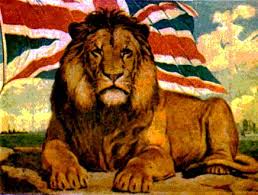 These comments reflect more on economics and thought-process rather than  markets, however that is what defines the markets when all is said and done.

Britain was certainly on the right track when it decided not to participate in the European experiment. And it remains shocking that Poland is seeking membership in this club, given the mess and clear failure of this project. What is it about Polish people? There is something that we just do not understand. All we can say, is that too often we give up long-term advantages, in order to remedy a short-term problem.

Why did the Brits decide not to join the club - by gosh, as Paul sarcastically notes in his New York tone, they did some "analysis." No one else apparently does? This point, in itself, raises some fascinating considerations when in comes to expressions such as: "they did their homework," "paralysis through analysis" analysed to death" and so on, and so forth. In fact, just writing about it makes one wonder and come to believe that analysis is much more perpetual in motion than stoic; as new ideas, devices, facts and knowledge is brought to the awareness of our cognitive processes. Particularly, for complex situations where the deterministic and subjective variables are always in a dynamic state of change, with the possibility of even  two opposites co-existing as truths at the same or different times. Go figure - the movie never ends !

So you see there is enough material here to write at least ten, five hundred page, books about the analysis of analysis. What is the right amount? the right tools? the right perspective? Or how about  analyzing the initial diagnostics and its tools - if its wrong, then so should be the supporting analysis. Then, there are the assumptions and we can assume that most people have different ones - or can we? The point being, do we ever really know if we are doing the most relevant  diagnosis, analysis and evaluation of goal, facts and constraints leading to the optimal solution for a moment or forever? I have a funny feeling that such knowledge is impossible to attain, except for those who command the arrogance to think otherwise.Why? Because they know, they know everything.

In the end, this is a "very serious" topic and process, as it defines the fate of individuals, economies, businesses and our species in so many other ways. The case of Britain, supposedly doing the right analysis once, contrasts with years of bad analysis, that saw their Empire rise and fall, from being a political, economic and military powerhouse, to what it is today, and the tomorrows to come. Should we blame it on the analysis?

Probably, but you may never know for sure! Good  time to do a little report and see if there is any evidence that would suggest that Economists are right, and perhaps this conclusion is wrong. Let's see there's Europe, Cyprus, Egypt, Brazil, China, Japan, Greece, and, and, and...

Then of course there's the Fed and the interest rate trap ready to launch us into an asset deflation spiral.  As well as, overpopulation, unbridled growth, biosphere devastation and  exponential resource exhaustion. Hmm. Not much has changed, so....

ALL ECONOMISTS ARE STILL WRONG!

Not that way- your other RIGHT!


Stars of what we are...bringing them back into our arms -

Every now and then it is a good idea to return to a prior article and look at it with a older set of eyes to discover if your thoughts and ideas have been changed, modified or turned upside down in some strange way. In this case, very little has changed and there is a strong belief that to have a shot at the universe -  the orientation of humanity's goals must be towards its longevity; not just the absurdity of growth for the sake of growth.

Again, the mathematics speaks in a way that words cannot convey, insofar as the algebra of population and resources can define our visitig rights on this planet. Obviously, the lower the population levels, the greater the time we should have as a species, with all other things remaining equal. Then! And only then, could we come to know what is unknown, a path less chosen and yet to be discovered.

Why not? For that is what makes all the difference.

Moving hearts is like trying to catch a star - bringing their minds into its heart; back where it belongs... 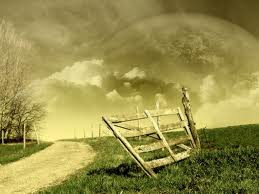 There is no doubt that Central Banks painted themselves into a corner - they have made it impossible to raise interest rates, regardless of inflation. Why? Because if they do, it will cause an unprecedented deflation in asset prices and bring consumer spending to its knees, as disposable income is siphoned away to service debt service costs that could double or worse. It would cripple consumer demand and confidence, in a horrifying way with these double knock-out financial blows, triggering a deep prolonged depression. Moreover, obliterating the balance sheets and capital boxes of  the world's biggest commercial and investment Banks, with the mere stroke of a pen.

What this also means is that governments will do all they can do to manipulate inflation numbers to fool consumers, investors and savers. Time will tell if this form of quiet debasement, confiscation and taxation will work. Probably, because all Central Banks are moving in a similar co-ordinated step - and there are no other planets offering better rates and liquidity. So far!

The big point being - is how did everyone manage to get into the same no-escape situation that Japan has been in for the past two and a half decades? We have some answers, but we will leave them for another time. Meanwhile, we concur with Marc insofar as we should get use to the QEs for a long, long time.  Pretty boring stuff. 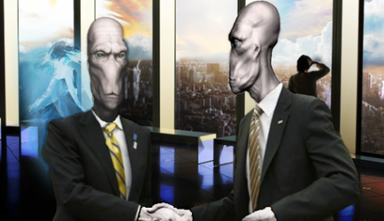