KEYSTONE XL PIPELINE - How Dumb Are WE? The State Department should just give up - NOBODY - but beer-guzzling rednecks from the Southern Bible-Belt believes anything these guys say. That's a land where higher education meets the standards set by the Fartobebug Monkees, where you take your sister to the prom and the village's chief would be its idiot anywhere else in the world, including Alaska. And worse, they think Sarah Palin and Abe Lincoln have comparable talents, skills, insights - and get this - Notable Quotes.

Yep, so there you go - the truth. Not even the Pope, Steve Colbert, Michael Moore and Zawbootu tribe of South-East Nauru, believe the State Department anymore. Why? Here's a real quick and short list we put together; starting around 1865, detailing some of the supposedly true statements that the State Department and its affiliates, agents and other assorted allies would have or like us to believe.

Pearl Harbor - We had no idea what East or West wind blowing meant? But, Sleeping Giants do.

Russians are coming? All Russians are actors? Russians own, run and live in Hollywood? Russians, in Tennessee, talk loudly about some gal named Stella; they have many desires.

The Dominoes Theory? Sorry wrong war game - then blame it on the fog.

The Warren Commission - what does that have to do with Katrina?

I am not a crook - dreamed  I saw a child of God walking along the road that missed Kent State.

"Tell the United Nations, those turnip trucks are moving all the Weapons of Mass Destruction around the country.",

Remind me again, Why are we in Afghanistan? Poppies?

Land of the Brave - Home of the Free - REALLY!

As you can plainly see, the list is as long as Santa's. Hey, but they actually think that we believe them. May be we should just send our response to.their truths. "WE were all born late at night - but it just wasn't last night". Then we all follow the road less travelled and,

Then, let them know. Then let them know our truths. Let them know, of our true Heroes. Those who dare, and will dare greatly again and again; standing tall on the shoulders of giants - in the arena holding the true torch of  LIBERTY. Let them know!

For Freedom,
Carry On Bravehearts,

"Liberty Stands On These Shoulders; Inspiring its Torch, its Light, and its Journey to Destiny's Shores, Beyond the Last Eternity." 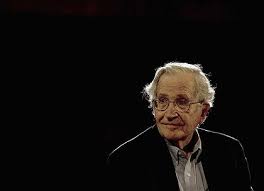 "WE ARE NOT THAT DUMB"