Jim Rogers : The Ultimate End Game for the US is to Be Bailed Out by the IMF

Jim Rogers : The Ultimate End Game for the US is to Be Bailed Out by the IMF

And what would the IMF bail them out with, as the US dollar is the world"s reserve currency? Food stamps? Yet the likelihood of such an event grows every day with the accumulation of debt caused by the US's annual fiscal deficits. Add in the off-balance sheet contingent liabilities, then the current debt figure climbs to over 100 trillion, as estimated by Bill Gross - PIMCO.

What if interest rates climb to 10%, causing a nine-fold increase in interest carrying costs on 100 trillion?

The answer: the Fiscal Abyss - Bankruptcy. So the mathematics tells us, at some point, events will simply leap into a financial death spiral. The End Game.

Follies of Debt - The END GAME ? 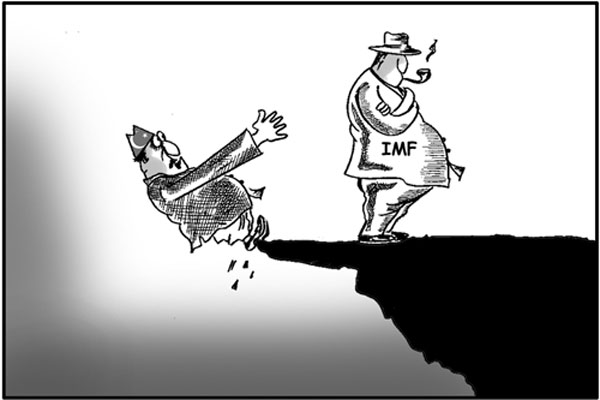