MAGLAJ, Bosnia (AP) – Packed into buses, boats and helicopters, carrying nothing but a handful of belongings, tens of thousands fled their homes Saturday in Bosnia and Serbia, seeking to escape the worst flooding in a century. 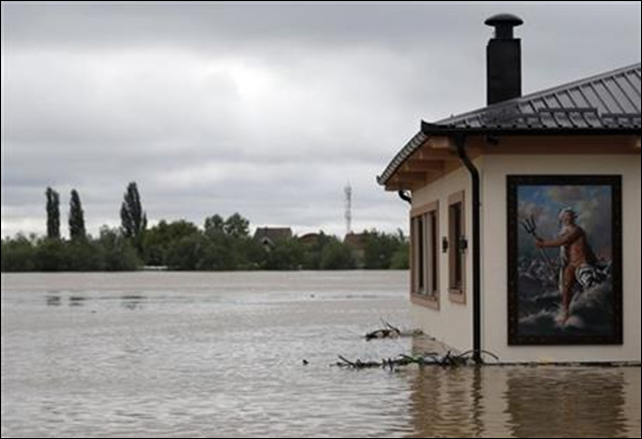 Authorities said 20 people have died but warned the death toll could rise further.
Three months' worth of rain has fallen on the region in just three days, creating floods that meteorologists say are the worst since records began 120 years ago.
Observed from the air, almost a third of Bosnia, mostly its northeast corner, resembled a huge muddy lake, with houses, roads and rail lines submerged under water. Admir Malagic, a spokesman for Bosnia's Security Ministry, said about a million people, or over a quarter of the country's population, live in the affected area.

Surging water reached up to the second floors of homes at times, sweeping away traffic lights and signs as it coursed through villages and towns in the two neighboring countries. Roads were blocked and metal bridges crumbled at the onslaught.

In the eastern Bosnian town of Bijeljina, some 10,000 people were being evacuated Saturday after the rain-swollen Sava River pushed through flood defenses.


"We need everything, we are underwater," mayor Mico Micic said as he appealed for help.