OUR OPINION: Dire future if no action is taken
Read more here: http://www.miamiherald.com/2014/04/13/4054744/climate-change-has-arrived.html#storylink=cpy

13 April 2014 (Miami Herald) – In case there was still any doubt, and there shouldn't be at this point, the Intergovernmental Panel on Climate Change, a United Nations group of scientists, has made it official: Climate change is not coming, it’s already here. And it’s going to get worse unless the whole world — especially the industrial world — greatly reduces greenhouse emissions causing global warming.

The U.N. panel periodically weighs in on the state of the Earth’s climate. Its latest report cites melting ice caps, collapsing sea ice in the Arctic, heat waves and heavy deluges that are increasing in intensity and threatening crops, bringing on concerns about sustainable food supplies. Coral reefs are dying. Oceans are rising, while the oceans’ waters are becoming more acidic as they absorb carbon dioxide emitted by vehicles and power plants.


“Climate change impacts are projected to slow down economic growth, make poverty reduction more difficult, further erode food security, and prolong existing and new poverty traps” in urban areas and emerging “hot spots” of hunger, the report says. Some of the people most at risk have little to do with causing global warming. Low-lying countries like Bangladesh and island nations in the Pacific Ocean could be the worst hit over the next few decades. 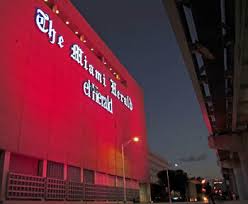