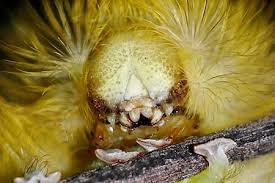 (Wired) – One of agricultural biotechnology’s great success stories may become a cautionary tale of how short-sighted mismanagement can squander the benefits of genetic modification.

After years of predicting it would happen — and after years of having their suggestions largely ignored by companies, farmers and regulators — scientists have documented the rapid evolution of corn root worms that are resistant to Bt corn. Until Bt corn was genetically altered to be poisonous to the pests, root worms used to cause billions of dollars in damage to U.S. crops. Named for the pesticidal toxin-producing Bacillus thuringiensis gene it contains, Bt corn now accounts for three-quarters of the U.S. corn crop. The vulnerability of this corn could be disastrous for farmers and the environment.

“Unless management practices change, it’s only going to get worse,” said Aaron Gassmann, an Iowa State University entomologist and co-author of a March 17 Proceedings of the National Academy of Sciences study describing root worm resistance. “There needs to be a fundamental change in how the technology is used.”


First planted in 1996, Bt corn quickly became hugely popular among U.S. farmers. Within a few years, populations of root worms and corn borers, another common corn pest, had plummeted across the midwest. Yields rose and farmers reduced their use of conventional insecticides that cause more ecological damage than the Bt toxin.


Form time to time we have a little fun with news events  in order to drive home a point more dramatically. While there are no War of the World Bugs invading croplands this satire reminds us that we are often playing with natures rules that are open to random mutations. In other words - WHO KNOWS?