The Marc Faber Blog: Somewhere down the line we will have a Massive Wealth Destruction

Just a short post noting that Marc's 50% prediction is in line with what we suggest is a possible valuation adjustment in our July 17th comments on Paul Krugman's Blog - Prophecies of Maestrodamus.

Not a hard one to figure out as it is really just "present value mathematics" whereby if long 30 year bond rates double, then their market value dips by 50%. Very straightforward mathematics that no amount of economic theory nor policy measures can override as it is simply a hard conceptual constraint. Mathematics cannot be persuaded, legislated nor negotiated with - and that should come as no surprise to anyone.

Down the line, looks to be a scary turbulent road ahead.

We will post more comments from this blog later on.

What waits down the line? 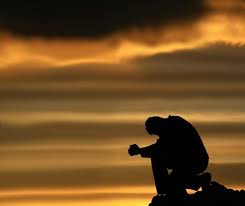 By every account, all negotiations with mathematics have resulted in a win-lose situation. Some things are just absolute.

Just a few months back, you may recall, along with Jim Rogers, we raised concerns about Facebook and generally the whole social media industry, referring to it as a generational fad and having difficulty seeing how a sustainable business model could be developed. Moreover, whether such tools or derivatives could find useful and profitable transitions into business markets. Guess what? Looks like the markets are tuning into Mr Rogers and ourselves as VC (Venture Capital) funding has plummeted to 2% this past quarter.

As one insider notes; what a business - "thinking about how to make people click ads"  And that pretty well sums up the industry's "Critical Success Factor" and how you build any sort of Sustainable Competitive Advantage around it, remains a puzzle.

INVESTORS INSIGHTS - February 18, 2013
JIM ROGERS - Facebook is not an Investment, it's a Waste of TIME

Not a Happy Camper

Comparing the social media frenzy to the dot-com bubble may not be such a good analogy, albeit in both cases you can observe that common sense gave way to a strange fear of missed opportunity combined with unrealistic expectations. The other common ground was that object business measures, standards and principles no longer applied . Market history repeated again.

And for some strange reason this won't be the last time. Humans? Go Figure?

In light of our market alert, regarding Portugal's Bonds, earlier this week, along with the growing concern for adverse circumstances in Europe, even more focus is now being given to European Bond Markets. Market activity in these markets may now have greater bearing on the global financial system than US treasuries. No kidding?

Similar to Japan, bond values and rates in the US appear to be hand-cuffed at low levels for some time. Moreover, enjoying the reserve currency status allows the US to gather the loose liquidity in the global system and harbour its flight and fright capital, thereby easing any upward rate pressures. Plus, an interest rate increase state-side would be absolutely devastating to the US economy at this juncture - and just pour gas on a stumbling economy's fires.

Underlying the European bond markets are chronic diseases that  show no signs of abating - in fact there is growing evidence to the contrary. Like Japan and Middle East countries, Europe suffers from a physical economic overcapacity issue that cannot be resolved by abstructionist economic measures. Limited and declining physical economic inputs can only lead to one result - declining economic outputs. All of which is made worse as populations grow and per capita output consumption ratios thusly sink even further. Bad "Real" News!

Particularly after Cyprus, we are seeing signs of desperate central bankers pulling out devious last stops to cure the terminal economic cancer. The markets in Greece, Spain, Italy, Ireland and Portugal are at the greatest risk of crashing global bond prices. They are "bonded" by a common concern with a staggering rippling potential affecting markets with traumatic head to toe  effects.

Our main message here - this one ain't over yet; 'cause, "it ain't over, 'til its over"

A Bonding Crisis - the future is yet to come... 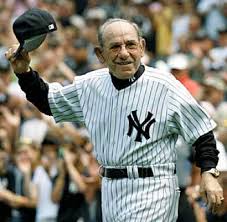 While the rest of the world may think that the FED is the driver behind global rates, largely because of the US reserve currency status and its trading volumes - we are not so certain, and believe as Grandma use to say "the devil is in the details - at Lehman Bros?" And so when all hell breaks loose; something small and overlooked is often perpetrating the angst.

Of course, then there was Yogi's wisdom - a great "Bondplayer" too


"I know one thing; that I know nothing" Hmm. I think we could all learn from one of Socrates’ last thoughts - but you never know!

Still we could attribute much of our current mess to too many who believe they know - then later we find that even simple notions were somehow forgotten. Or a fog had set in. (- R. S. McNamara).

Despite what may be economic headlines today, Greenspan's legacy may be his contribution to our current low interest rate trap - that has lasted for much too long. Getting out of it could trigger a massive deflation of financial assets - causing an unprecedented ASSET VALUE WRITE-DOWN. Evaporating years of value in moments.

A mere 2% rise in rates, for example, could deflate financial assets by as much as 50% - wiping out the equity boxes of financial intermediaries and banks , while creating massive unfunded pension and insurance fund liabilities on the basis of marked to market accounting calculations. =ing HUGE liquidity CRUNCH.

Moreover, the total value of US federal debt could grow substantively with a mathematical pen stroke, which has little to do with deficits or economic theory and activity. And I don’t even want think about what could happen if rates should revert to levels over their historic mean; it would be devastating.

So it seems that the Maestro knew how get us into this trap, but did not know how to get us out of it - but then again "who knows?" And as far as we know, he's still on first... Bad news for everyone, except China as they take the leadership position in another market that has long been dominated by American makers for decades. Who do we blame this on? Management? Tablets? Consumers? Or China's low cost producer strategy for an industry where products are becoming commoditized, as it really does not take that much to do the reverse engineering. Again China is following a "national business strategy" much like Japan did from the 60's onwards in automotive and consumer electronics.

But the real issue is what good is the WTO? How does it ensure that everyone is on an equal playing field when labour, environmental, and health standards are barbaric is contrast to North America. Add to all that a fixed currency to the US dollar and this game becomes a one horse race.

But who loses big time? North American and European union and salaried workers. In fact, in America the real hourly wage, according to St Louis, FED statistics have not risen much since 1982! So, where are the unions???

Beyond all this meaning more doom and gloom for the ordinary American worker, here 's list of PC makers facing tougher times as this saturated market begins to consolidate. Smaller players will be forced to merge or simply fade away into the sunset - while margins face continued presures from commoditization.

Those were the days - "in our home towns... and they ain't coming back"