"Nearly a billion people around the world live in areas with high exposure to environmental hazards such as cyclones, floods, and rising sea levels." The Nine Countries Most Threatened by Climate Change Are All in Asia, Report Finds

A new report by a global think tank has found that nearly a billion people around the world are facing climate change related environmental hazards—and the majority of them are in Asia.

The Institute for Economics and Peace’s (IEP) annual Global Peace Index revealed on Wednesday that an estimated 971 million people globally live in areas with high or very high exposure to hazards such as cyclones, floods, bushfires, and rising sea levels. The proportion of those at-risk individuals who live in the Asia-Pacific region is twice as many as those in all other regions combined—and the top nine countries facing the highest risk of climate hazards were all Asian nations. 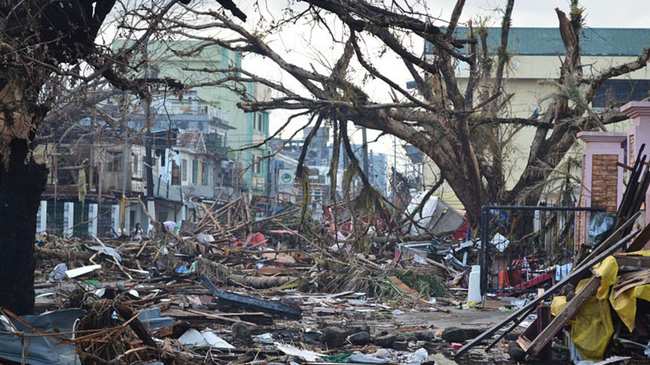 The Philippines was ranked the country with the highest risk of experiencing multiple climate hazards out of anywhere in the world, followed by Japan, Bangladesh, Myanmar, China,

Tenth place was a five-way tie between Iran, Somalia, Peru, Mexico, and the United States of America. Japan, Bangladesh, Myanmar, Vietnam, the Philippines, Indonesia, and China also ranked within the ten countries most at risk of experiencing a single climate hazard.