"A report that analyzed 15,000 studies conducted in the last 50 years presents a stark view"

1 million species are under threat. Here are 5 ways we speed up extinctions

Stories about individual species on the brink of extinction may be all too familiar. But a new tally now reveals the breadth of the conservation crisis: One million of the world’s species are now poised to vanish, some as soon as within the next few decades.

That number, which amounts to 1 in every 8 animal or plant species on Earth, comes from a sweeping new analysis of about 15,000 studies conducted within the last 50 years on topics ranging from biodiversity to climate to the health of ecosystems. During that time, the human population has doubled, increasing from 3.7 billion in 1970 to 7.6 billion today. And people are behind the looming losses, an international group of scientists says. 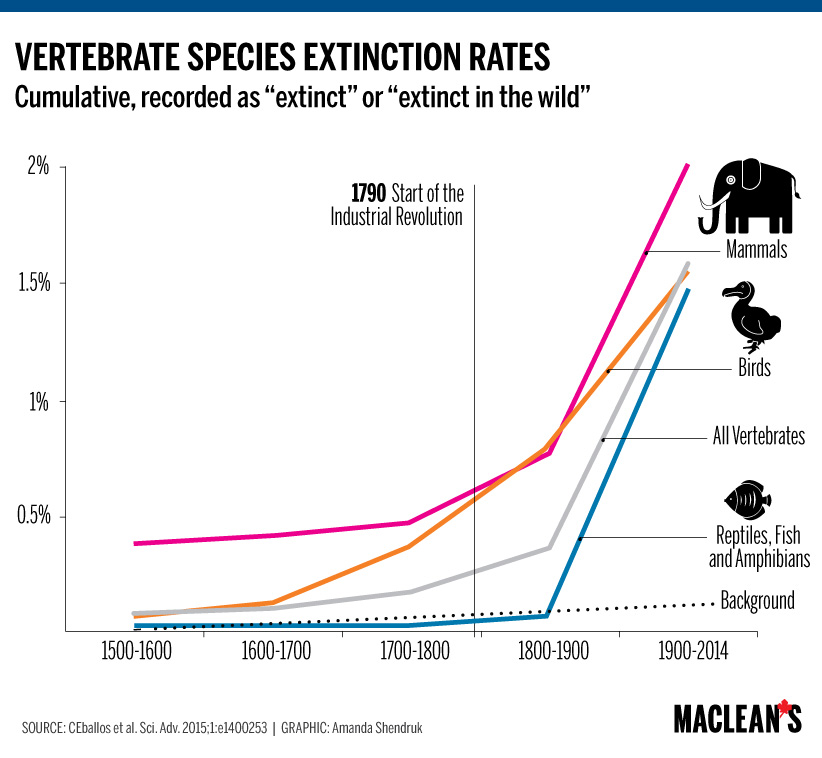 Thanks to human activities, the rate of global species extinctions is tens to hundreds of times faster than the average extinction rate was over the last 10 million years, the Intergovernmental Science-Policy Platform on Biodiversity and Ecosystem Services, or IPBES, concludes in a summary of the studypublished May 6. The intergovernmental group, which has 132 nations as members including the United States, will release its full 1,500-page report in about six months