Is An #Infectious Global #Pandemic Underway?


A Mysterious Infection, Spanning the Globe in a Climate of Secrecy

Last May, an elderly man was admitted to the Brooklyn branch of Mount Sinai Hospital for abdominal surgery. A blood test revealed that he was infected with a newly discovered germ as deadly as it was mysterious. Doctors swiftly isolated him in the intensive care unit.
The germ, a fungus called Candida auris, preys on people with weakened immune systems, and it is quietly spreading across the globe. Over the last five years, it has hit a neonatal unit in Venezuela, swept through a hospital in Spain, forced a prestigious British medical center to shut down its intensive care unit, and taken root in India, Pakistan and South Africa.
Recently C. auris reached New York, New Jersey and Illinois, leading the federal Centers for Disease Control and Prevention to add it to a list of germs deemed “urgent threats.” 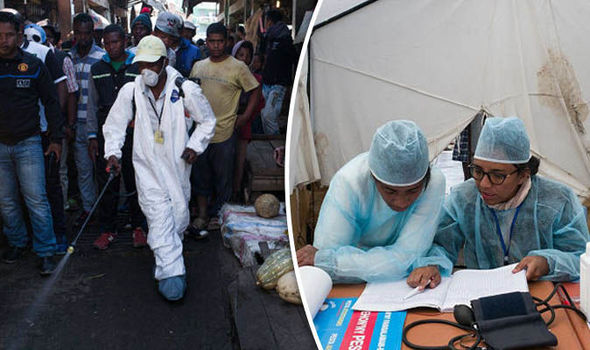 [Like the Science Times page on Facebook. | Sign up for the Science Times newsletter.]
The man at Mount Sinai died after 90 days in the hospital, but C. auris did not. Tests showed it was everywhere in his room, so invasive that the hospital needed special cleaning equipment and had to rip out some of the ceiling and floor tiles to eradicate it.