Scientists have bad news for people on the front line of climate change impacts.

The 1.5C global warming limit vulnerable countries fought hard to include in the Paris Agreement may already be out of reach.

There is slim chance of stabilising temperature rise at that level without controversial negative emissions technology, according to a study published in Nature.

“The window for limiting warming to below 1.5C with high probability and without temporarily exceeding that level already seems to have closed,” the report found.

It is a blow for those living near the coast of Bangladesh or low-lying islands like Kiribati, which is preparing for an exodus as rising seas swallow homes.

Coral reefs dying and tropical heatwaves are also expected to kick in at moderate levels of global warming, affecting millions of people worldwide.

More than 1,000 indigenous women have gone missing or have been murdered in Canada. Meet the sisterhood trying to bring them justice.
http://foreignpolicy.com/2016/07/06/the-vanishing-of-canadas-first-nations-women-harper-trudeau-violence-highway-of-tears-indigenous/

Australia to get 52GW of solar capacity in dramatic energy transformation

We are fast approaching a tipping point in the transformation of energy markets from fossil fuels to renewables. This transformation will not be orderly, rather will be a disruptive transition that will produce significant winners and losers.
http://reneweconomy.com.au/2016/infrastructure-energy-market-transformation-42893

What Chilcot Won't Tell Us: The Iraq War Crashed the European Project

The Iraq war was a disaster for the entire Middle East. But it also blew the wheels off the European project.  Iraq posed no immediate nor distant threat to the UK or British interests. The often aggressive and unpleasant regime of Saddam Hussein had been successfully contained by a coalition of allies during the 1990s. And for ordinary Iraqis - not seeking to engage in politics - life was a little worse than it had been (due to sanctions) but it was stable and 'OK'. The decision of the UK to get involved in the Iraq war was controversial at the time, and over a million marched in London against it. The refugee blowback has holed the EU below the waterline
http://www.commondreams.org/views/2016/07/05/what-chilcot-wont-tell-us-iraq-war-crashed-european-project

There is no avenue left for advocacy, grievances or redress in a system dominated by global corporations. 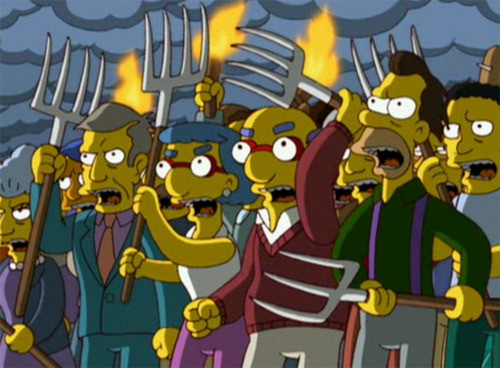 In the original version of feudalism, peasants armed with pitchforks knew where to go for redress or regime change: the feudal lord's castle on the hill. Though you won't find this in conventional narratives of the Middle Ages, peasant revolts were a common occurrence; serfs weren't always delighted to toil for their noble masters.
In the present era of corporate dominance, where can serfs go to demand redress and financial freedom from the neofeudal system? Nowhere.The global corporations that own the land and the productive assets have no castle that can be stormed; they exist in an abstract financial world of stock shares, buybacks, bonds, lobbyists and political influence.
When the agribusiness corporation fouls the local water supply with animal waste, where do the local peasantry go to demand restoration of their water quality? The corporation? What if the headquarters are thousands of miles away?
oftwominds