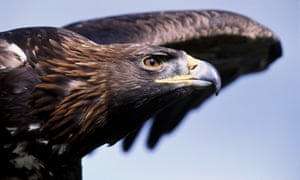 England’s only resident golden eagle is likely to have died after failing to appear this spring, wildlife experts fear.
The bird, which has been a resident at Riggindale near Haweswater, Cumbria, since 2001, has not seen by RSPB staff since last November, and would normally be seen at this time of year building a nest and displaying to attract a mate.
Lee Schofield, site manager at RSPB Haweswater, said: “When the eagle didn’t appear last month we thought there was a chance he might be hunting in a nearby valley but over the past few weeks we’ve been gradually losing hope.”
The eagle, who did not have a name, was believed to have been around 20 years old and had lived alone since the death of his mate in 2004.
“We will probably never find out what happened to him but as he was ... an advanced age for an eagle, it’s quite possible that he died of natural causes,” Schofield said.
The Guardian

Almost 97% of climate scientists agree that the planet is warming due to human activity, according to a peer-reviewed paper published in Environmental Research Letters. The study is a "consensus on consensus."
http://insideclimatenews.org/news/14042016/climate-change-consensus-affirmed-global-warming-manmade-scientists

Loneliness is killing us

Severe loneliness in England blights the lives of 700,000 men and 1.1m women over 50, and is rising with astonishing speed. Social isolation is as potent a cause of early death as smoking 15 cigarettes a day and is twice as deadly as obesity.
http://www.theguardian.com/commentisfree/2014/oct/14/age-of-loneliness-killing-us

The most abnormally hot regions of the world last month included Australia, which set a record with minimum temperatures almost 2 degrees above the average for 1961-90, while the Arctic region was about 3.3 degrees above average
http://www.smh.com.au/environment/climate-change/worse-things-in-store-steaming-hot-world-sets-more-temperature-records-20160419-goaf58.html


Why Is Productivity So Weak? Three Theories 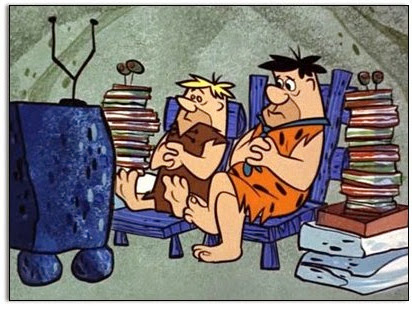 More than 151 million Americans count themselves employed, a number that has risen sharply in the last few years. The question is this: What are they doing all day?
Because whatever it is, it barely seems to be registering in economic output. The number of hours Americans worked rose 1.9 percent in the year ended in March. New data released Thursday showed that gross domestic productin the first quarter was up 1.9 percent over the previous year. Despite constant advances in software, equipment and management practices to try to make corporate America more efficient, actual economic output is merely moving in lock step with the number of hours people put in, rather than rising as it has throughout modern history.
We could chalk that up to a statistical blip if it were a single year; productivity data are notoriously volatile. But this has been going on for some time. From 2011 through 2015, the government’s official labor productivity measure shows only 0.4 percent annual growth in output per hour of work. That’s the lowest for a five-year span since the 1977-to-1982 period, and far below the 2.3 percent average since the 1950s.
Productivity is one of the most important yet least understood areas of economics. Over long periods, it is the only pathway toward higher levels of prosperity; the reason an American worker makes much more today than a century ago is that each hour of labor produces much more in goods and services. Put bluntly, if the kind of productivity growth implied by the new data published Thursday were to persist indefinitely, your grandchildren would be no richer than you.
N Y Times
Posted by Unknown at 10:00:00 PM