#Chernobyl Risks and Dangers Not Over 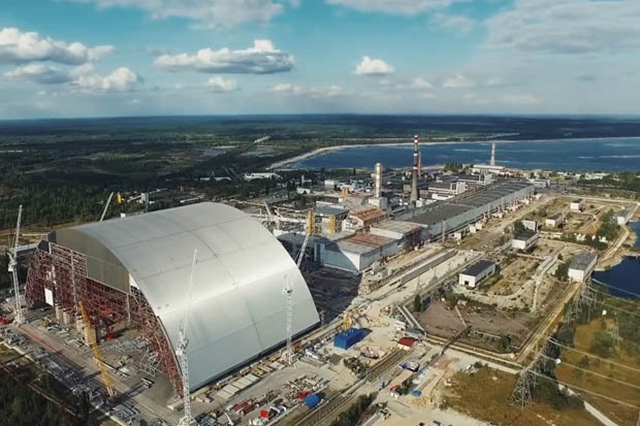 Exiled scientist: 'Chernobyl is not finished, it has only just begun'

KIEV, Ukraine — If you were told that a lot is already known in Ukraine and Belarus about what Chernobyl has done to these countries, then I can tell you that you are wrong. How can I put it? It is only after 30 years that we are starting to see the real impact. We can say for sure that Belarus was affected more. There was more radioactive fallout there. The doses the general population received were huge. My students and colleagues and I observed it when I arrived in Gomel in 1990 to organize the medical institute (now a university).

At the first, we were observing the effects of the large doses because Gomel was located in the epicenter of this high level of contamination. Then we started to look at the accumulation of radioactive elements in internal organs at lower doses, children’s in particular. We were already seeing a complex pathology affecting the endocrine system (which produces hormones), the cardiovascular system and almost all the internal organs. This was work that had never been done in Belarus and has not been done since.

A seemingly insular regime harnessed the tools of globalisation to ensure its survival. Three Syrian companies close to the government - Maxima Middle East Trading, Morgan Additives Manufacturing and Pangates International - used the Panama-based law firm Mossack Fonseca to create shell companies in the Seychelles to avoid the increasing pressure of global sanctions. This paid for fuel that kept Syria's Air Force in the air.
http://www.aljazeera.com/indepth/opinion/2016/04/seychelles-saved-syria-160407085452247.html

Let us not be distracted. Let us instead focus on the super rich who finance the political campaigns that support their interests, promise lucrative consulting jobs when politicians leave office, and hide their fortunes in tax havens.
http://www.commondreams.org/views/2016/04/12/confessions-panama-papers-hit-man

Six years after 13 countries pledged to double the number of tigers in the wild by 2020, the World Wildlife Fund (WWF) declared tigers “functionally extinct” in Cambodia. The US could has an estimated 5,000 tigers in captivity, 95% owned by individuals. It has no system to monitor how many there are, who owns them, when they’re sold or traded.
http://thinkprogress.org/climate/2016/04/07/3767502/countries-acting-on-tiger-population/ The researchers collected information on drought-induced tree deaths from 33 individual studies performed around the globe, which included data on 475 species and over 760,000 individual trees in a variety of forest types. The green and yellow areas above represent global forest and woodland cover. Black dots indicate the mortality rates of all trees in the examined area, with the size proportional to the number of species reported. Red dots indicate pre-2009 mortality studies, while white dots indicate post-2009 studies. The blue-outlined ovals are broad regions described by post-2009 studies.
Figure by William Anderegg, Princeton Environmental Institute