Close encounters of another kind.

A Russian jet came within 30ft of a US destroyer conducting exercises in the Baltic Sea in what the US navy described as a “simulated attack” – one of the closest and riskiest encounters between the two countries’ armed forces in recent years.
The US navy released photos and videos showing Russian SU-24 fighter jets flying low over the sea and “buzzing” the USS Donald Cook – a destroyer of the Arleigh Burke class – which carries guided missiles and which had just made a call at the Polish port of Gdynia.
According to the US European Command (Eucom) in Stuttgart, there were a number of such close encounters on Monday and Tuesday, involving both Russian fighter jets and helicopters, while the Donald Cook was in international waters in the Baltic Sea, off the coast of Poland. Those waters are also close to the Russian enclave of Kaliningrad.
Lt Col David Westover, a Eucom spokesman, said that in the closest pass, on Monday, a Russian SU-24 came within 30ft (9 metres) of the Donald Cook, at an altitude of 100ft, as the US navy was practising helicopter landings on the ship’s deck, and an allied helicopter was on the deck refuelling. The drills were stopped because of the danger presented by the Russian overflights, he said. Other reports said that helicopter involved in the aborted exercise had been Polish.

Russia Leads the Way to a Private Military Contracting Future

Unlike every other head of state, Vladimir Putin has spoken firmly in support of PMCs. Fontanka noted that, “In 2012, when he was Russian prime minister, he argued they should be legalised saying they were “a tool for the implementation of national interests without direct participation of the state.”
http://lobelog.com/russia-leads-the-way-to-a-pmc-future/#more-33727 .

Australia’s first 100% locally made, electric vehicles to roll out July

A Melbourne-based electric vehicle maker has revealed plans to become Australia’s first manufacturer of 100 per cent locally made EVs, after securing a production facility in Avalon, Victoria.
http://reneweconomy.com.au/2016/australias-first-100-locally-made-electric-vehicles-to-roll-out-july-41513


Water shortage coming to Asia by 2050

Countries in Asia, including India, may face severe water shortage by 2050 due to rising economic activity, growing populations and climate change, MIT scientists have warned.
There is a “high risk of severe water stress” in much of an area that is home to roughly half the world’s population, scientists said.
Having run a large number of simulations of future scenarios, the researchers found that the median amounts of projected growth and climate change in the next 35 years in Asia would lead to about 1 billion more people becoming “water-stressed” compared to today.
While climate change is expected to have serious effects on the water supply in many parts of the world, the study underscores the extent to which industrial expansion and population growth may by themselves exacerbate water-access problems.
“It’s not just a climate change issue,” said Adam Schlosser, from the Massachusetts Institute of Technology (MIT) in US. 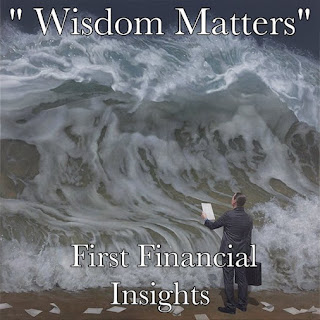