Natural disasters wreak havoc causing terrible devastation and death, but let's not forget that overpopulation  and urban concentration add considerably to the carnage. As resources dwindle, it will become much harder to respond and in some cases not even possible to rebuild, leading to the question of whether anyone is even concerned about the greater costs and carnage!

What else is going to make them worse? A good guess would be the 10,000 nuclear plants required to replace the energy lost due to the practical exhaustion of fossil fuels. In other words, the more complex we become - then expect the consequences and carnage from natural disasters to become more complicated and deadly.

Something just doesn't make any sense. 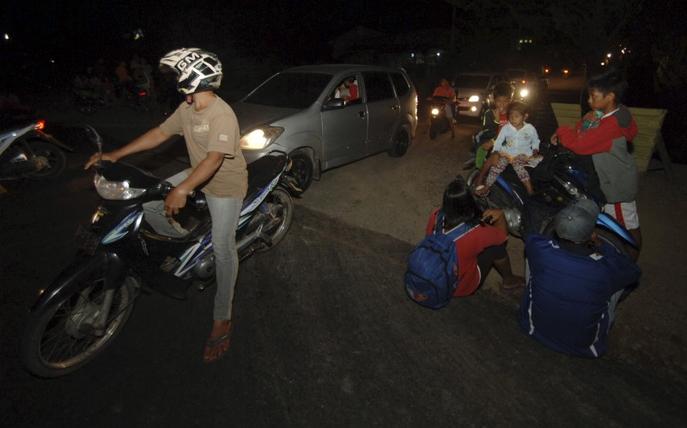 So far, No Tsunami Occurred


Strong aftershocks rocked Indonesia early on Thursday after a massive undersea earthquake sparked fears of a region-wide disaster similar to the 2004 Indian Ocean quake and tsunami that killed more than 200,000 people.


There were no reports of deaths or damage to buildings from Wednesday night's 7.8 magnitude quake, which caused panic in the Sumatran island port of Padang as people tried to reach higher ground when a tsunami warning was issued. No tsunami occurred.


Daily life resumed as normal at daybreak in Padang, a city of around 1 million people, and there were few visible signs of damage.


The National Meteorological Agency said there were six aftershocks during the night, but called for calm as they were diminishing in strength.


"We do not believe that there will be an earthquake of greater strength," it said on its Twitter account. "And so residents are urged to keep calm and not be taken in by rumors."
READ MORE
http://www.reuters.com/article/us-indonesia-quake-idUSKCN0W41J2

Sydney’s fertile soils are being paved over at a rapid rate. Large portions of areas that currently grow Sydney’s fresh produce are earmarked for release for housing development. If we continue along the path we’re on, Sydney stands to lose more than 90% of its current fresh vegetable production.
https://theconversation.com/urban-sprawl-is-threatening-sydneys-foodbowl-55156

Among the NSA's targets was UN Secretary General Ban-ki Moon. "If the Secretary General can be targeted without consequence then everyone from world leader to street sweeper is at risk," says Julian Assange
http://www.commondreams.org/news/2016/02/23/new-wikileaks-release-exposes-most-highly-classified-nsa-spy-ops

A group of Australian engineers is working in a suburban Sydney workshop on a technology that could change the economics of large-scale solar in Australia.
http://reneweconomy.com.au/2016/innovation-pre-fab-solar-farms-could-slash-cost-of-big-solar-98806

Malcolm Turnbull’s Defence White Paper has done what Abbott’s energy equivalent failed to do, acknowledging climate change as a fundamental and overarching influence on Australia’s long-term future and the stability of the region.
There is a growing awareness among international security experts, already embedded in the long-term plans of other nations, that climate change has huge potential to force geopolitical instability, shape conflicts, and require humanitarian deployments.
As New Matilda has previously reported, the toxicity of Canberra’s debate on climate change hadcontributed to Australia’s tardiness in incorporating it into strategic plans.
Indeed an issues paper released in 2014 by then Defence Minister David Johnston, when Tony Abbott was Prime Minister, didn’t mention climate change at all.

www.firstfinancialinsights.blogspot.com
Posted by Unknown at 3:43:00 AM