This situation has not garnered the attention it deserves in the press nor by the markets. Should tensions escalate to the point of causing a nuclear event then such an engagement could lead to wider actions  bringing  the involvement of respective allies and the bigger powers.

Even the limited use of nuclear weapons places the world in greater peril than most appreciate or know at first glance. Why? Russia operates a mechanized nuclear defence program that is often termed and referred to as  " the dead-hand system" because the missile-launch- order can  be triggered when its sensors determine that the radioactivity in the atmosphere is beyond preset acceptable levels. Breaching of these tests causes the system to conclude and assume that a nuclear attack is being carried out against their nation and it will then automatically order the launch of Russian missiles aimed at predetermined targets.

There is no human involvement.

by a first strike by an aggressor.

and thus decapitating the decision-making powers ability to respond.  The premise of the system embraces the cold war  assumption  that the threat of mutual annihilation would deter  the superpowers, at the time, from ever entering into any confrontations using nuclear weapons.

However, today  this old and perhaps antiquated system could inadvertently  launch  missiles because the sensors detect the radiation from a much smaller nuclear conflict. Right now, as long as tensions remain high in North Korea there is a great danger that aggressions could expand rapidly into the global theatre. Such a possibility, to our knowledge has not been experienced since the Cuban Missile Crisis, in 1962, when the world was was gripped by fear and  just seconds away from a global nuclear war that could have wiped out all of humanity in mere days.

In light of the concerns mentioned, and their potential consequences and devastation  - this situation is to be given the highest priority and attention in the days and weeks ahead. It is also noted that certain  US Presidential candidates indicated, in February, that they would approve a preemptive strike against North Korea - that does not sound like such a  good idea should it also lead to those same sensors detecting and acting upon excessive radioactivity in the atmosphere. Moreover, leadership in North Korea is far from stable or sensible - you have a child holding a loaded gun.

In the last analysis, the world again is walking on eggshells; one misstep having frightening ramifications

Will South Korea Have to Bomb the North, Eventually? 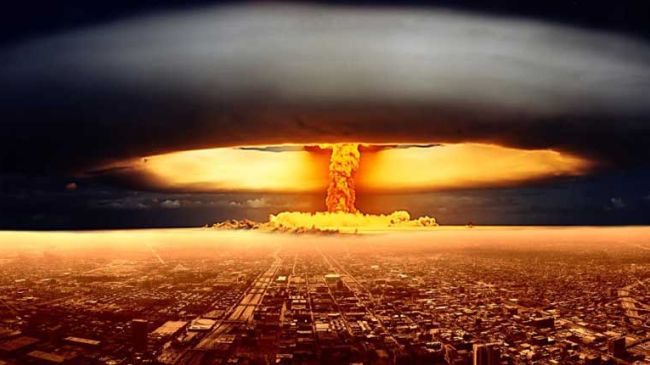 As North Korea expands its nuclear arsenal, will Seoul have to consider targeting missile sites at some point?

As North Korea continues to develop both nuclear weapons and the missile technology to carry them,pressure on South Korea to take preemptive military action will gradually rise. At some point, North Korea may have so many missiles and warheads that South Korea considers that capability to be an existential threat to its security. This is the greatest long-term risk to security and stability in Korea, arguably more destabilizing than a North Korean collapse. If North Korea does not arrest its nuclear and missile programs at a reasonably small, defensively-minded deterrent, then Southern elites will increasingly see those weapons as threats to Southern survival, not just tools of defense or gangsterish blackmail. 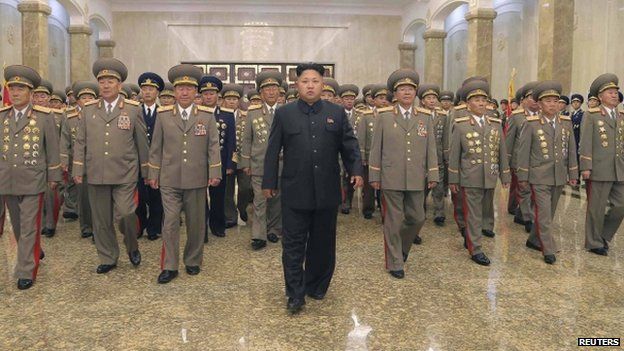 North Korean leader  has ordered nuclear weapons to be readied for use, the state-controlled Korean  reported Thursday.

Our rights must be strengthened after attacks on whistleblowers and press freedom, curbing peaceful protest, sidelining courts, limiting advocacy by community organisations and the government’s use of “financial levers” on advocacy groups to stifle criticism - all point to a decline in basic rights.
http://www.theguardian.com/australia-news/2016/feb/22/australian-democracy-faces-corrosive-decline-human-rights-centre-report

Can Australian Catholicism Save Itself From Its Ultra-Conservative Forces?

In attaching itself to power, Catholicism has become a lapel badge of the elite. But to appeal to its real constituents it needs to get back in touch with its core teachings.
https://newmatilda.com/2016/02/22/can-australian-catholicism-save-itself-from-its-ultra-conservatives/

What the Commission calls barriers to trade are in fact the safeguards that keep toxic pesticides out of our food or dangerous pollutants out of the air we breathe.

No longer can we boast about 12 seconds of coherent thought

The average attention span for the notoriously ill-focused goldfish is nine seconds, but according to a new study from Microsoft Corp., people now generally lose concentration after eight seconds, highlighting the affects of an increasingly digitalized lifestyle on the brain.
Researchers in Canada surveyed 2,000 participants and studied the brain activity of 112 others using electroencephalograms (EEGs). Microsoft found that since the year 2000 (or about when the mobile revolution began) the average attention span dropped from 12 seconds to eight seconds
READ MORE
http://time.com/3858309/attention-spans-goldfish/