There is little doubt we are in the midst of a perfect financial storm, that history will perhaps one day record as "The Mother of All Global Market Crashes". Interest rates were too low, for too long, that created unsustainable bubbles in financial  and real estate markets around the world.This time it is different was again the usual mantra.
It never is. It Never Will Be. It couldn't last!
Mathematically, everyone denied that a mean reversion of interest rates would ever occur and thereby collapse global asset bubble values everywhere by 50% or more. Guess what? Somebody bought that last tulip, and we are now experiencing the reversion with the full brunt of its present value mathematical consequences.
Moreover, many economies are facing debt woes and physical economic and climate change issues causing either water,capital or food shortages. You cannot run economies without food, water and energy; somehow Nobel Prize nor Ivy League economists can never  figure this out.
The FED charts tell us the financial market weather is very bad. Wall St is getting very worried and today's  world headlines tell the story of a free fall in values in Japan, China, Australia and elsewhere, that mirrors all the great stock, bond  and economic meltdowns of past and recent history. Plunging prices for  days and weeks on end - because we just run out of bigger fools. The real laws of supply and demand.
If you have that sinking feeling that things are about to get much worse. One thing you need not worry about, you are not alone.
And remember that old adage  -  when its over, its over! 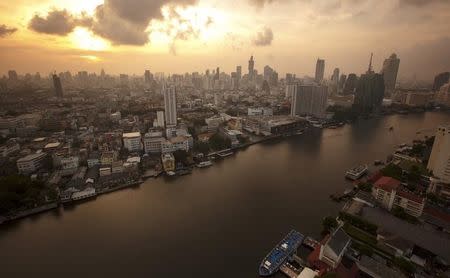 Hit by Drought and Seawater,Bangkok Tap

Water May Run Out In A Month

BANGKOK (Thomson Reuters Foundation) - Bangkok's tap water supply may run out in a month, as the country waits for long overdue rains to replenish sources depleted by drought and threatened by seawater creep, the chief of the capital's water authority said. 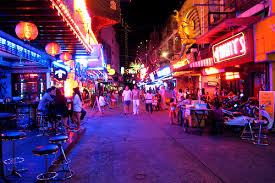 Thailand is suffering its worst drought in more than a decade. In an effort to maintain water levels in the dams that supply water for agriculture in the provinces as well as taps in the capital Bangkok, the government has asked farmers to refrain from planting rice since last October.


Since 2013, single-family home water bills have increased 30 percent. And more increases may be in store, sources say. LADWP is making up lost revenues by refinancing bonds to lower rates and acquiring grant monies, she said.

Chicago homeowners could face up to a 30 percent hike in their property taxes to pay for the city's financial problems. Not only is that much of a city property tax increase possible, there are efforts under way on the state and county levels to raise income and sales taxes, all because politicians are running out of options to pay their public worker pension debt. In a report released Tuesday, the IMF said that prolonged low interest rates "pose a slow burning solvency risk" for life insurers. If low rate stay until 2018, 11 out of 18 life insurance groups would report negative shareholder equity, the IMF said.

Ranking The States By Fiscal Condition


Central Banks Across the World Pressured to Fight Against Euro Depreciation


European Central Bank’s Nowotny: If Greece Misses Payment, Funds Will Be Cut Off