Drilling More Until Its GONE!


1 April 2014 (Associated Press) – On the same day the world's scientists issued their latest report on climate change and the risks it poses to society, America's biggest oil and gas company said the world's climate policies are "highly unlikely" to stop it from selling fossil fuels far into the future. 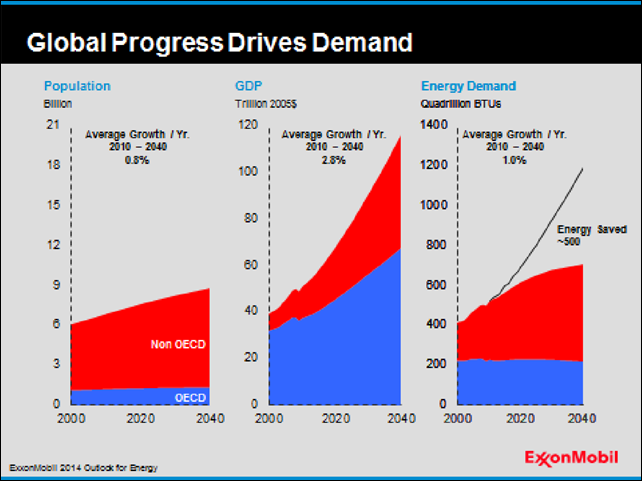 Exxon Mobil issued a report on Monday on the risks that climate change policies could pose to the value of its assets and future profitability, by coincidence on the same day as the latest paper by the Intergovernmental Panel on Climate Change, a Nobel Prize-winning United Nations group assembled to assess the science and risks of climate change.
Both Exxon and its critics used IPCC research to bolster their cases.
Exxon's report was in response to the contentions of some shareholders and environmental activists that the assets underpinning the value of Exxon and other fossil fuel companies will be worth less as society restricts consumption of fossil fuels to fight climate change.
The report, the first detailed ...