Marc Faber: Governments Will Take 20-30% of My Wealth

Inept governments' last measure is not taxation; it is "confiscation." Marc's concerns are well-founded, as Cyprus tells us that this Royal medieval tactic is now being considered and employed by top global governments, agents and regulatory bodies. Why? First, it is because they never really understood economics in the first place. They relied upon make-believe abstracts, then creating banking bubbles with fiat currencies they a grinded out of their printing presses 24 hours daily.

However, amoung  many other things, they ignored the idea that wealth is created from physical inputs that could not not forever produce goods and services outputs. Add, an illogical bias towards increasing populations, through birth or immigration, and you'd further stressed this fragile equation.  Throw into the mess, the degrading of the bio-sphere and your economy and society is sure to collapse - sooner or later,  just like so many others before. The most recent case being Nauru - just another short history of progress!

Secondly, to make matters worse they levered the system to the hilt, at all levels, and then failed to even monitor the risk exposures. Third, a crony and corrupt banking system became so widely inter-connected, that the failure of one small player could bring the whole house cards tumbling down. Truth be known,  Europe's finances were severely strained by the 2008 meltdown, contributing to much of today's crisis.

What is disappointing, beyond dumb and dumber, is that even after the 2008 meltdown; no one at the EU, EC or IMF learnt a thing about financial oversight. So is Cyprus about to become another Nauru? You bet - and there are many more trending into this devastating predicament of physical economic bankruptcy- too many people with no input resources.

Who's next? Slovenia? Where is that? 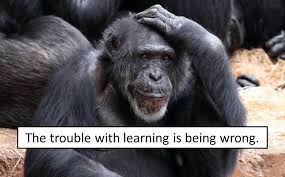