INVESTORS' INSIGHTS - Jim Rogers:Facebook Is not an Investment, It's a Waste of Time 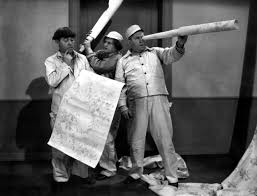 "I told you we should LISTEN -"

Failing to listen. The list of corporate failures that can ultimately be blamed on this seemingly simple, but so often overlooked human attribute, has draged down so many of the once great and mighty. Reminding all of us, of the costs associated with thinking we know it all - when we are drunk in our current success. When in truth, the only thing that we can ever certainly know in this deterministic world  - is that we know nothing .

Jim Rogers: Facebook Is not an Investment, It's a Waste of Time

Jimmy in this phone conversation says he is neither long nor short Facebook; he is simply just not investing. In investment parlance this means, he thinks the stock is garbage and would not touch it with a ten-foot pole. We agree.


First, Facebook ascribes to one of the worst American business practices and has little "human touch" in its business model. American businesses that fail on the world stage are often swept away by global competion because they do not have a High Touch with their customers. Any company that does not have a real person available to assist customers with service issues is doomed to fail - it happens all the time. The first rule of business success: "Listen, listen, listen, and then when you have heard enough, listen again and again and again "

And the second rule that follows: Don't let your accountants run the business - need we say more?


Second, its software is not intuitive, particularly for business, and again faces customer service challenges that will turn this market off in the early going. This market is where the real money is made.  They will not return once they have been turned off.


Facebook faces powerful copycat competition from the likes of Google, Twitter, Microsoft and others, who have other complimentary platforms where the combined functionalities of hardware and software configurations create synergies that could easily see Facebook's consumer markets stolen. Moreover, these powerful competitors have a strong presence and trust in the more lucrative commercial markets that are critical to long-term success and profits. We don't see a lot of businesses tying their destinies to what is perceived be to a kid's fad and consumer product.


It is unlikely that Facebook can hold its valuations. The markets may give it a couple years, at most, to generate commensurate profits. Right now, that appears highly unlikely considering the tough competition in its most lucrative markets.


We go beyond Jimmy and expect this puppy to sink well below $10 in the next 12 to 18 months. More so, if interest rates climb in this period. So don't waste your time or your money on the long side of this hyped-up generational fad.