"Large areas of central and southern Russia have seen a major decline in their bee populations in recent months."

The head of the Russian beekeepers' union, Arnold Butov, said 20 regions had reported mass bee deaths.
The affected regions include Bryansk and Kursk, south of Moscow, and Saratov and Ulyanovsk on the Volga River.
Mr Butov, quoted by Russian media, said the crisis might mean 20% less honey being harvested. Some officials blamed poorly regulated pesticide use.
Yulia Melano, at the rural inspection service Rosselkhoznadzor, complained that her agency had lost most of its powers to control pesticide use since 2011. 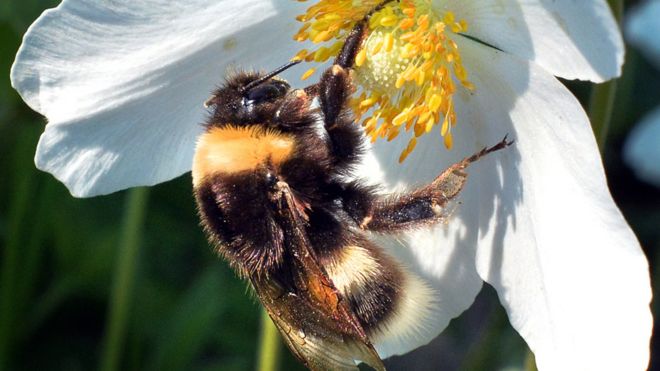 Russia produces about 100,000 tonnes of honey annually. Mr Butov said the union's members were collecting data on bee losses, so that by 1 August a detailed report could be submitted to the Russian government.