"Complicating the issue are the devastating effects of climate change. Monsoon rains have been more erratic and droughts more common, threatening farmer's harvests" 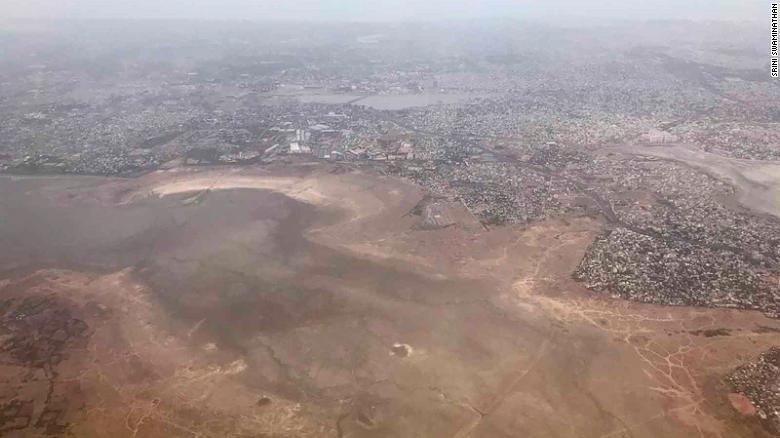 Srini Swaminathan, who took this photograph of Chembarambakkam reservoir from a plane, told CNN: "I have been living here since 1992 and have never seen anything like this before."

India's sixth biggest city is almost entirely out of water

New Delhi (CNN)The floor of the Chembarambakkam reservoir is cracked open, dry and sun-baked. About 25 kilometers (15.5 miles) away, in Chennai, India's sixth largest city, millions of people are running out of water.

Chembarambakkam and the three other reservoirs that have traditionally supplied Chennai are nearly all dry, leaving the city suffering from an acute water shortage, said Jayaram Venkatesan, an activist in the city. 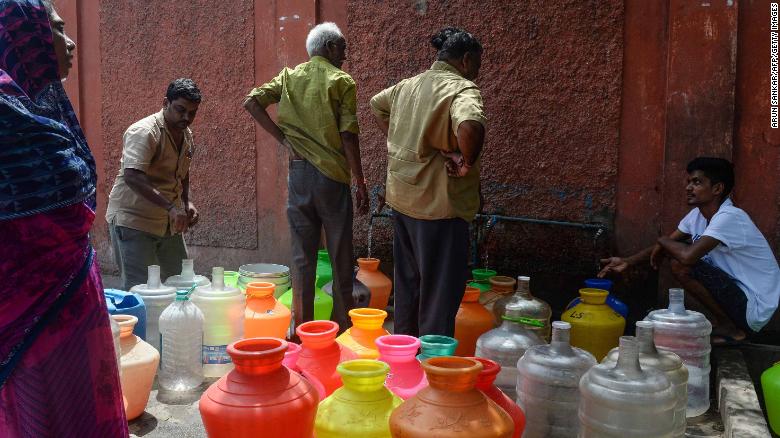 Due to an inability to collect sufficient rain water combined with low groundwater levels, the Tamil Nadu state government has been struggling to provide water to residents.
With the reservoirs dry, water is being brought directly into Chennai neighborhoods in trucks. Every day, hundreds of thousands of residents have no choice but to stand in line for hours in soaring summer temperatures, filling dozens of cans and plastic containers.
READ MORE