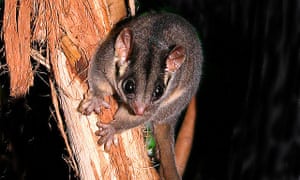 The leadbeater’s possum is among 20 mammal species that could become extinct within 20 years. Photograph: Healesville Sanctuary

Regional forest agreements have failed in the 20 years since they were established by state governments, says a new report, which reveals that record numbers of threatened forest dwelling fauna and many species are heading towards imminent extinction.
The report, Abandoned – Australia’s forest wildlife in crisis, has assessed the conservation status of federally listed forest-dwelling vertebrate fauna species affected by logging and associated roading and burning across Australia’s regional forest agreement (RFA) regions in New South Wales, Victoria, Tasmania and Western Australia.

WHY IS BIODIVERSITY LOSS A PROBLEM