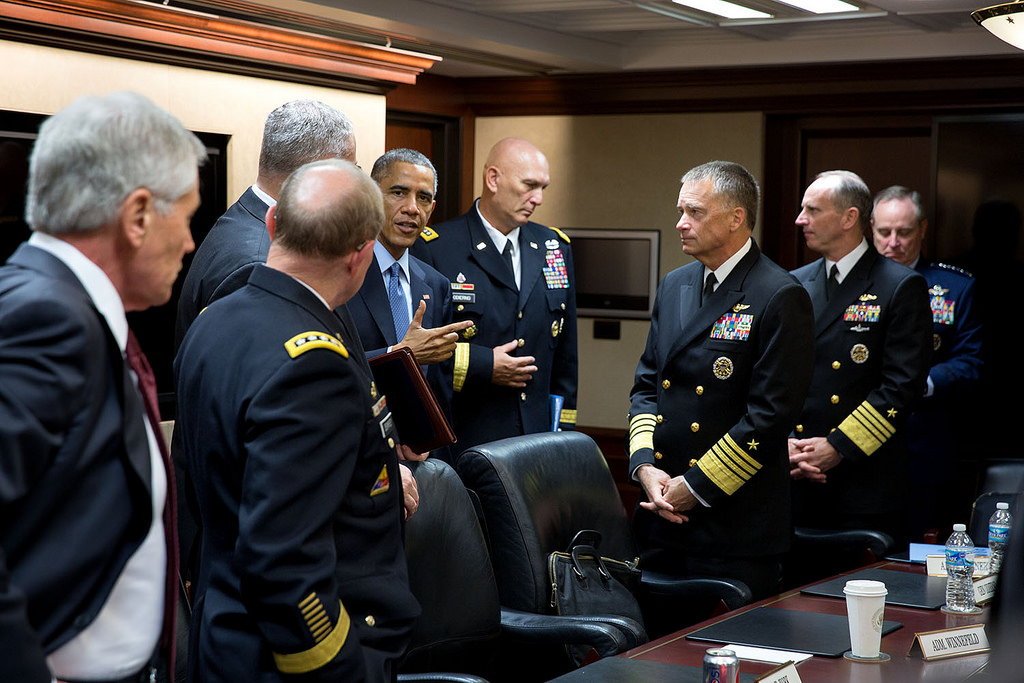 "There are few easy answers, but one thing is clear: the current trajectory of climatic change presents a strategically-significant risk to U.S. national security, and inaction is not a viable option," said a statement published on Wednesday by the Center for Climate and Security, a Washington-based think tank.

It was signed by more than a dozen former senior military and national security officials, including retired General Anthony Zinni, former commander of the U.S. Central Command, and retired Admiral Samuel Locklear, head of the Pacific Command until last year.

At the Port Moresby meeting, Kiribati President Anote Tong suggested that Australia should leave the forum altogether if it was not prepared to back the islands' positions in global climate negotiations. Australian attempts to gag its Pacific island neighbours in these negotiations have aroused anger in the region.
https://theconversation.com/pacific-pariah-how-australias-love-of-coal-has-left-it-out-in-the-diplomatic-cold-64963

The fact that more than half the projects will be helped by ARENA is not unexpected, given the huge reduction in the project costs elicited during the tendering process. It will mean that the ARENA funding round will produce around double the 200MW of large-scale solar capacity that it originally targeted.
http://reneweconomy.com.au/2016/12-large-scale-solar-projects-to-get-arena-funding-and-the-winners-are-23169

Why we can't sign the latest Climate Change Authority report

For three years, good climate change policies in Australia have been eviscerated by those who would prefer to do nothing. This is happening at a time when the urgency to act has never been greater and the rest of the world is pursuing a bolder and more determined path. All of the evidence shows that most Australians want much stronger action from the government to reduce greenhouse gas emissions and hasten the transition to a clean energy economy.

Report reveals 13.6% of Australia’s 385m hectares of agricultural land is foreign-owned, with two-thirds of the 52.1m hectares in UK or US hands

Sapphire Ventures has closed on a $1 billion fund to invest in privately held start-ups, easing fears about a downturn in the venture capital industry.

Sapphire Ventures, a venture capital firm in Palo Alto, Calif., with more than $2.4 billion in assets under management, has only one investor, the business software maker SAP. Sapphire Ventures was the corporate venture arm of SAP, and it has operated as a stand-alone firm since 2011.
For the last year, investors have worried that the venture industry had become overheated and that there would be a freeze in fund-raising. But like Sapphire Ventures, several firms have raised more than $1 billion this year, giving them firepower to write big checks for start-ups, whose valuations peaked around the end of 2015.
Last month, Technology Crossover Ventures announced a $2.5 billion fund. Earlier this year, Kleiner Perkins Caufield & Byers raised $1.4 billion across two funds and Andreessen Horowitz raised $1.5 billion. Founders Fund also raised $1.3 billion, Accel Partners garnered $2 billion and Norwest Venture Partners raised $1.2 billion.
In the United States alone, the venture industry raised nearly as much money in the first half of 2016 as it did in all of 2015, according to data from Thomson Reuters and the National Venture Capital Association.
Sapphire Ventures invests in start-ups that are past their earliest stages, and 38 of the companies that it has put money into went public or were sold since 2011, including the online storage company Box, the wearables maker Fitbit and the mobile payments company Square. 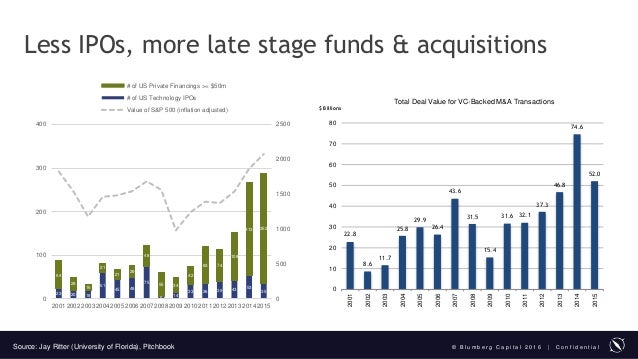