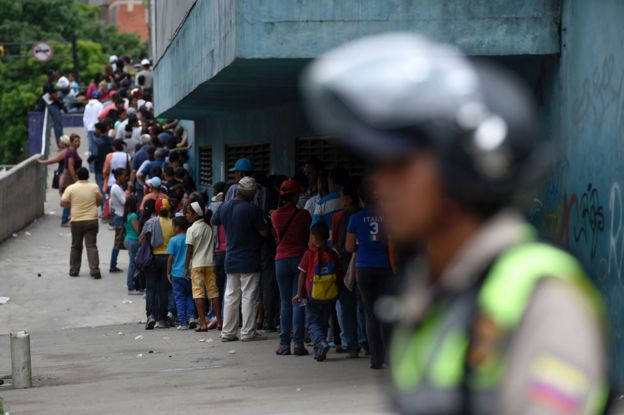 
It's one thing to talk to people you've never met before who are suffering from hunger, and it's a completely different thing when they are from your own family, as the BBC's Vladimir Hernandez discovered when he returned to his native Venezuela to report on its failure to get food on people's tables.
Travelling through the country this month I saw endless queues of people trying to buy food - any food - at supermarkets and other government-run shops.
I was stopped at a roadblock in the middle of the countryside by people who said they had eaten nothing but mangoes for three days.
I saw the hopeless expression of a mother, who had been eating so little that she was no longer able to breastfeed her baby.
I met a woman affectionately known as la gorda - "the fat one" - whose protruding cheekbones indicated just how much weight she had lost in the last year.

It’s only by chance that the world has avoided a nuclear war — sometimes by nothing more than dumb luck — and, rather than enhancing our security, nukes “now endanger it.” What’s made today’s world more dangerous, is a series of actions by the last three US administrations.

* The decision by President Clinton to abrogate a 1990 agreement with the Soviet Union not to push NATO further east after the reunification of Germany or to recruit former members of the defunct Warsaw Pact.
* The 1999 US-NATO intervention in the Yugoslav civil war and the forcible dismemberment of Serbia.
* Bush’s unilateral withdrawal from the Anti-Ballistic Missile Treaty and the decision by Obama to deploy anti-missile systems in Romania and Poland, as well as Japan and South Korea.
* The current decision to spend $1 trillion upgrading US nuclear weapons, including building bombs with smaller yields that blurs the line between conventional and nuclear weapons.

The trouble with democracy

The pattern of democratic life is to drift into impending disaster and then to stumble out of it. Undemocratic practices creep up on us unawares, until the routine practices of democracy – a free press, a few unbiddable politicians – expose them. When that happens, democracies do not get a grip; they simply make the minimum of necessary adjustments until they drift into the next disaster. What is hard for any democracy is to exert the constant, vigilant pressure needed to rein in the forces that produce the crises. It is so much easier to wait for the crisis to reveal itself before trying to do something about it.
https://www.theguardian.com/books/2013/nov/08/trouble-with-democracy-david-runciman

US fears over Donald Trump's connections with Russia

Respected publications have commented on the convergence between Trump's statements and geopolitical positions that Russia has long sought, with implications should Trump become president.
http://www.smh.com.au/world/us-election/us-fears-over-donald-trumps-connections-with-vladimir-putins-russia-20160723-gqcg8p.html 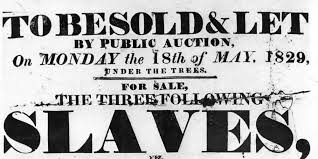 A new decree by Venezuela's government could make its citizens work on farms to tackle the country's severe food shortages.

That "effectively amounts to forced labor," according to Amnesty International, which derided the decree as "unlawful."
In a vaguely-worded decree, Venezuelan officials indicated that public and private sector employees could be forced to work in the country's fields for at least 60-day periods, which may be extended "if circumstances merit."
"Trying to tackle Venezuela's severe food shortages by forcing people to work the fields is like trying to fix a broken leg with a band aid," Erika Guevara Rosas, Americas' Director at Amnesty International, said in a statement.
President Nicolas Maduro is using his executive powers to declare a state of economic emergency. By using a decree, he can legally circumvent Venezuela's opposition-led National Assembly -- the Congress -- which is staunchly against all of Maduro's actions.
According to the decree from July 22, workers would still be paid their normal salary by the government and they can't be fired from their actual job.
Related: Hungry Venezuelans cry at sight of food in Colombia
It is a potent sign of tough conditions in Venezuela, which is grappling with the lack of basic food items like milk, eggs and bread. People wait hours in lines outsides supermarkets to buy groceries and often only see empty shelves.
CNN Money