As wildfire rages in California, flooding affects millions in India and China, and eggs are fried on sidewalks in Iraq, scientists say global climate catastrophe is surpassing predictions

Record global heat in the first half of 2016 has caught climate scientists off-guard, reports Thompson Reuters Foundation.
"What concerns me most is that we didn't anticipate these temperature jumps," David Carlson, director of the World Meteorological Organization's (WMO) climate research program, told Thompson Reuters Foundation late Monday. "We predicted moderate warmth for 2016, but nothing like the temperature rises we've seen."

"Massive temperature hikes, but also extreme events like floods, have become the new normal," Carlson added. "The ice melt rates recorded in the first half of 2016, for example—we don't usually see those until later in the year."
Indeed, extreme weather events are currently wreaking havoc around the world.

In Southern California, firefighters are battling one of the "most extreme" fires the region has ever seen. The so-called sand fire had consumed 38,346 acres as of Wednesday morning and forced the evacuations of 10,000 homes, and one person has died.

Signs that the North Atlantic Thermohaline Circulation is weakening

For nearly three decades prominent climate scientists have been warning policymakers that salt and heat driven circulation of the world ocean system (called thermohaline — thermo for heat and haline for salt) could be disrupted by cold water outflows from Greenland. The North Atlantic between Newfoundland and Ireland is the only region of the world that has defied global warming and cooled. Last winter [this region] was the coldest on record, while globally it was the hottest on record. The evidence is mounting that the long-feared circulation decline is already well underway.
https://robertscribbler.com/2015/03/23/world-ocean-heartbeat-fading-nasty-signs-north-atlantic-thermohaline-circulation-is-weakening/

Without the large-scale sinking of salty water in the North Atlantic the influx of warm water from the tropics to replace it would not occur, effectively switching off the thermohaline circulation. Past changes in have occurred during periods of relatively rapid climate change, such as transitions in and out of glaciations. Similarly, the rapid warming we are currently experiencing could trigger an abrupt shutdown and subsequent regional cooling.
http://www.ucsusa.org/global_warming/science_and_impacts/impacts/abrupt-climate-change.html#bf-toc-2

The Western pubic doesn’t know it, but Washington and its EU allies are convincing Russia that they are preparing to attack.
http://www.informationclearinghouse.info/article45164.htm 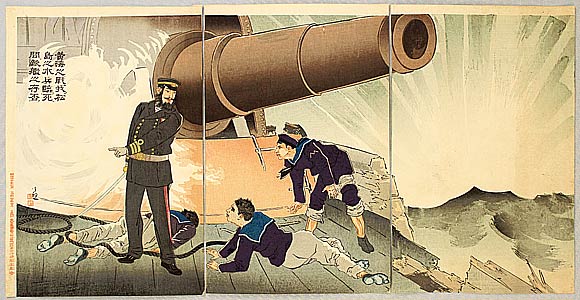 The Bank of Japan on Friday disappointed investors by offering up a much smaller-than-expected round of additional stimulus while also announcing a review of its current policy measures, leading some observers to wonder whether policy makers fear they are running out of tools to stoke the Japanese economy.
“The message the BOJ is sending is not so much ‘whatever it takes’ as ‘monetary policy’s pretty much played out,’” said Kit Juckes, global macro strategist at Société Générale, in a note.
The Bank of Japan under Gov. Haruhiko Kuroda has been an aggressive buyers of bonds and equities. Its decision to implement negative rates earlier this year caught investors off-guard, but the move was seen backfiring as the Japanese yen failed to weaken.
The market’s reaction to those earlier moves began to prompt concern that aggressive easing efforts by global central banks were losing their effectiveness or potentially becoming counterproductive.
Market Watch