China has been killing turtles, coral and giant clams in the South China Sea, tribunal finds

China struck back loudly and forcefully Wednesday after an international tribunal invalidated many of its claims in the South China Sea. But Beijing has largely been silent about some of the tribunal’s most damning findings: that its activities there have “caused devastating and long-lasting damage to the environment.”
The Permanent Court of Arbitration investigated The Philippines’ claims that China has been doing grave harm to the region’s ecology, in violation of its commitments under the U.N. Convention on the Law of the Sea.
The panel of five judges consulted numerous experts, and what they found shocked even them, the tribunal wrote in its final ruling of more than 500 pages. Damage to the coral reefs in the Greater Spratly Islands spread for 48 square miles, and China was responsible for 99% of that, they said.
The tribunal found that China not only failed to prevent Chinese fishing boats from harvesting endangered species – including sea turtles – but also provided armed protection for those vessels. And it concluded that China was “fully aware of” and “actively tolerated” a practice called propeller chopping to harvest endangered giant clams — an activity that basically kills coral reefs.
LA Times

A cynical strategy of supporting Islamists and playing enemies off one another has put his own nation’s security at risk.The chickens are coming home to roost.
http://foreignpolicy.com/2016/06/30/blame-erdogan-for-the-istanbul-airport-attack-akp-islamic-state-pkk-kurds/

Turkey On The Ropes
The Presidency of Erdogan has been nothing short of cataclysmic for Turkey which resulted in a perfect storm of crises
http://www.unz.com/tsaker/turkey-on-the-ropes/

Palm Oil Firms Ditch 'No Deforestation' Pact in Indonesia
The country, home to the world's third-largest tropical forests, has been criticized on forestry policy and for failing to stop the region's annual smoke "haze" problem from forest-burning. A new study found that the carbon emissions released by the fires in September and October 2015 were higher than those of the entire EU over the same period.
http://www.telesurtv.net/english/news/Palm-Oil-Firms-Ditch-No-Deforestation-Pact-in-Indonesia-20160702-0012.html

Dhaka, Istanbul, Fallujah - mapping a caliphate of Islamic State terror
Contrary to bringing a lasting peace, the liberation of Fallujah would more likely worsen the sectarian conflict in Iraq because of the dominant role in the country of neighbouring Iran, the region's Shiite superpower: "The Iranians and their proxies dominate the political arena as they do the battle space, and there will be no outreach to Sunnis".
http://www.smh.com.au/world/dhaka-istanbul-fallujah--mapping-a-caliphate-of-islamic-state-terror-20160703-gpxb8n.html

The global political/economic state feels precarious for a good reason: it is precarious. 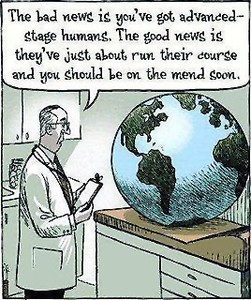 That the global economy is in a precarious state seems self-evident.Take your pick of the systemic risks: debt bubble and slowdown in China, banking/political crisis in Europe, negative interest rates and stagnation in Japan, ongoing meltdown in emerging markets and currencies, oil prices that threaten mayhem if they go up and if they go down, and a downturn in global trade that is usually associated with recession.
Other than that, everything's great. How about those summer Olympics? Seriously, what isn't in a precarious state?


If the global financial sector isn't precarious, then why is capital flooding into negative interest bonds? Why are money managers willing to accept a guaranteed loss of capital if things are going great and opportunities for low-risk profits are abundant?
The political realm is also in a precarious state. No matter how you interpret Brexit--as a Kabuki play by Deep State insiders, as a political ploy that went off the rails, as an ugly outburst of xenophobia, as a rebellion of the Forgotten Class that lost out in the Great Financialization boom, as a resurgence of nationalism--whatever interpretation or combination of factors you favor, the net result is the same: Brexit reflects a precarious state of shifting political tectonics that threatens the status quo.
oftwominds