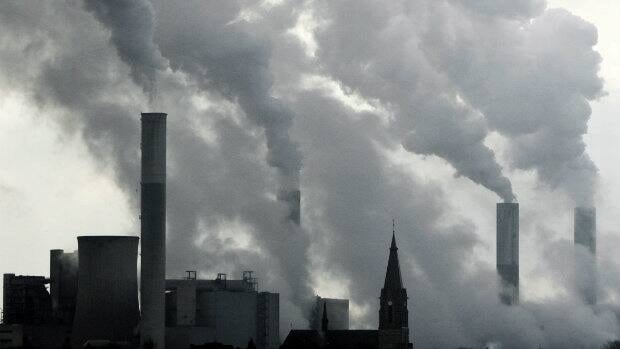 Environmental and health impacts of US health-care system

YALE UNIVERSITY
New Haven, Conn.-- If the U.S. healthcare system were a country, it would rank 13th in the world for greenhouse gas emissions, according to new research. The study, published June 9 in PLOS ONE, quantified previously unreported environmental and public health impacts of the nation's healthcare sector.
The U.S. healthcare system, the most expensive in the world, uses vast amounts of energy in the form of heating, electricity, and energy-intensive goods and services. It has been estimated that the healthcare sector contributes 8% of the nation's greenhouse gas emissions. Yet emissions of other pollutants from the healthcare sector, and their impact on the public health, have not been reported.
To investigate the impacts, Yale's Jodi Sherman, M.D. and first author Matthew Eckelman of Northeastern University first used an economic model based on federal data to calculate total emissions of different pollutants produced by the healthcare sector over a 10-year period, drawing on national health expenditure data. They analyzed direct emissions from hospitals and clinician's offices, as well as indirect emissions generated by the sector's suppliers of energy, goods, and services.
Read More

The Coalition has proposed to remove $1.3 billion of unspent funds from ARENA and revoke its ability to issue grants Labor says it will reserve $300 million of funding for large scale solar thermal projects and community energy, but will then cut the remaining $1 billion of grant funding.
http://reneweconomy.com.au/2016/scientists-say-proposed-cuts-could-wipe-out-solar-research-in-australia-44945

Direct Action has already been described as a hopeless waste of money handing out funds to people largely doing things they were intending to do anyway. The safeguards component is so generous it allows polluters to emit at their highest levels for the last six years without question.
http://reneweconomy.com.au/2016/coalitions-great-big-climate-hoax-turns-to-outright-denial-53810

Good News for Bulls: All Those Open Gaps Below Will Never Get Filled

By making the stock market the only game in town, the Powers That Be can no longer afford to let it decline for any reason.

Market technicians have long observed that the holes in charts left when markets gap up or down at the open of trading almost inevitably get filled later on. When the market gaps down, it will eventually rise to fill that gap. When the market gaps up, it will eventually decline to fill that open gap.
Since there are open gaps galore lurking in the lower depths of the S&P 500's chart, that would typically suggest stocks must--gasp!--fall to fill those open gaps. The prospect that stocks might not drift higher forever without interruption is deeply disturbing, and so the Powers That Be have issued a new edict: unfilled gaps below must never be allowed to fill.
This new rule simplifies trading, confidence and sentiment: Bulls can now relax, knowing that the market will never be allowed to decline. Sentiment can stay pegged at "extreme greed" forever, and there is no longer any need to hedge long positions because markets will only move higher.
oftwominds