"Stories Going Beyond The Mainstream" Humanity is pumping climate-warming carbon dioxide into the atmosphere 10 times faster than at any point in the past 66m years, according to new research.
The revelation shows the world has entered “uncharted territory” and that the consequences for life on land and in the oceans may be more severe than at any time since the extinction of the dinosaurs.
Read More 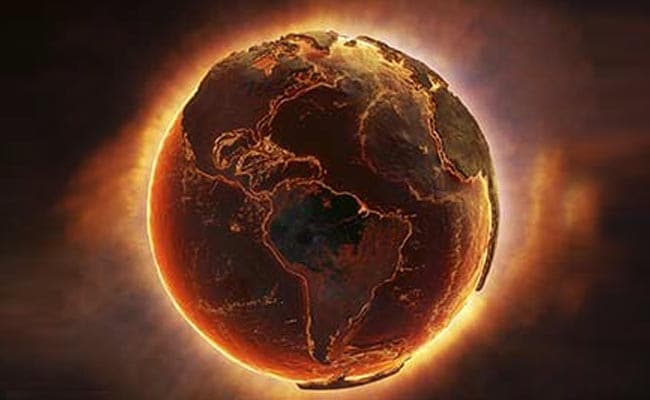 The hottest May in modern history: Earth breaks heat record for 13th month in a row

Global markets buckled as Britain’s vote to leave the European Union drove the pound to the lowest in more than 30 years while sparking demand for haven assets from U.S. Treasuries to gold.
The Dow Jones Industrial Average fell 587 points, or 3.4 percent, erasing gains for 2016 as bank shares plunged. European stocks bore the brunt of the carnage, with the Stoxx 600 Index sliding 7 percent in its worst day since October 2008. The yen briefly strengthened past 100 per dollar for the first time since 2013. Treasury yields had their biggest drop in more than four years and gold rallied above $1,300 an ounce. Volatility surged, with the CBOE’s measure of anxiety jumping 30 percent.
Read More

There are “systemic vulnerabilities” in the Canadian mortgage market that would be exposed if the country were hit by a U.S.-style housing meltdown, according to a report from Moody’s Investors Service.
A crisis on that scale could result in combined losses of more than $17 billion for the Canadian banks and mortgage insurers, with house prices falling by as much as 35 per cent, the ratings agency said in the report, published Monday.
Among the vulnerabilities cited in the analysis
Read More

Banks' Stress-Tests Are A Joke - "The Name's Tucker, Not SUCKER"

For the second straight year, the biggest U.S. banks all had sufficient capital to withstand a severe financial downturn, according to results of the Federal Reserve's annual stress tests.
It was a close call for some, including Morgan Stanley (MS) , BMO Financial (BMO) , Huntington Bancshares (HBAN) and KeyCorp (KEY) . The tests are the first phase of the review and will be followed by scrutiny of how the companies' plans for dividends and stock buybacks would affect their balance sheets.
Read More

The Orcas Are Starving

Vancouver photographer Mark Malleson took this photograph of the Southern Resident killer whale known as J-34, or Doublestuf, breaching while he was in the interior waters of the Salish Sea this spring. It’s a remarkable and frightening photo for orca lovers, because the male orca’s ribs appear to be protruding prominently.
That’s abnormal, especially for a resident killer whale at this time of year, when the orcas are typically well fed after a winter of preying on Chinook salmon. And so Malleson’s photo set off a number of alarm bells in the Northwest whale-watching community as it circulated on social media.
Read More
Posted by Unknown at 11:30:00 AM