Ain't life grand?
In the Iditarod, climate change makes it a year for the record books
“I'm not sure winter ever came to south-central Alaska,” Hooley said."
The winters keep getting warmer. The racers keep getting faster.
When Dallas Seavey and his team of sled dogs arrived in this remote old gold rush town on the Bering Sea shortly after 2 a.m. on Tuesday, Seavey celebrated his fourth victory in just five years in the nearly 1,000-mile sprint across the Alaska wilderness that the world knows as the Iditarod dog sled race. At eight days, 11 hours, 20 minutes and 16 seconds, it was the fastest time in Iditarod history — and the second time Seavey set a course record on his way to victory.
Cuties Pose Happily 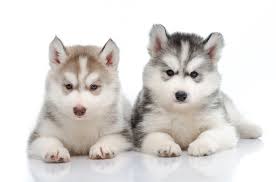 Yet race times are not the only records being broken here this year.


Alaska just completed its second-warmest December-February of the last century, and many parts of the state, including Anchorage, the largest city, are seeing their warmest winters ever recorded. The trendline of temperatures dips now and then, but the momentum is steadily heading upward.
READ MORE
http://www.latimes.com/nation/la-na-sej-iditarod-climate-change-20160315-story.html
Ancient History “The message is [that]if people want their future to be different – in terms of climate, renewable energy, water resources, health, education, etc – it’s in their hands,”
https://newmatilda.com/2016/03/10/windsor-makes-climate-change-a-central-feature-of-his-political-comeback/

Many people in fringe-off-grid areas believe that if their network gets privatised, power prices are going to go up. And if it doesn’t, something will have to be done to recoup the losses the companies have incurred.
http://onestepoffthegrid.com.au/whats-driving-regional-west-australians-off-the-grid-a-solar-installers-view/

The Syrian exodus: ‘Epic in scale, inconceivable until you witness it’

Booker prize winner Richard Flanagan visits Lebanon, Greece and Serbia to report on the plight of the 5 million Syrians fleeing their country. ‘Forced to choose between life and death, they choose life’
http://www.theguardian.com/world/2016/mar/05/great-syrian-refugee-crisis-exodus-epic-inconceivable-witness-lebos-islamic-state

Industrialized countries face a future of increasingly severe blackouts, a new study warns, due to the proliferation of extreme weather events, the transition to unconventional fossil fuels, and fragile national grids that cannot keep up with rocketing energy demand.
“We need a fundamental re-think about how electricity is generated and distributed and who controls this,” said lead author Prof Hugh Byrd of Lincoln University, a specialist in international energy policy and urban sustainability. “It is not in the interests of the privatized power industry to encourage less electricity consumption.”
Every year, millions of people around the world experience major electricity blackouts, but the country that has endured more blackouts than any other industrialized nation is the United States. Over the last decade, the number of power failures affecting over 50,000 Americans has more than doubled, according to federal data.
READ MORE
http://motherboard.vice.com/read/the-coming-blackout-epidemic