HIGHWAY TO GATES OF FIRE

Now you can understand why we don't believe all those politicians and activist who run around promoting phony successes with agreements and more solar cells. Guess What? The climate could care less about our words and aspirations -the FACTS speak for themselves. 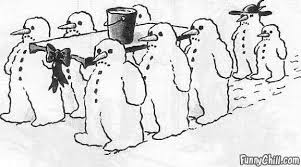 On Saturday, NASA dropped a bombshell of a climate report. February 2016 has soared past all rivals as the warmest seasonally adjusted month in more than a century of global recordkeeping. NASA’s analysis showed that February ran 1.35°C (2.43°F) above the 1951-1980 global average for the month, as can be seen in the list of monthly anomalies going back to 1880. The previous record was set just last month, as January 2016 came in 1.14°C above the 1951-1980 average for the month. In other words, February has dispensed with this one-month-old record by a full 0.21°C (0.38°F)--an extraordinary margin to beat a monthly world temperature record by. Perhaps even more remarkable is that February 2015 crushed the previous February record--set in 1998 during the peak atmospheric influence of the 1997-98 “super” El Niño that’s comparable in strength to the current one--by a massive 0.47°C (0.85°F).


An ominous milestone in our march toward an ever-warmer planet

Because there is so much land in the Northern Hemisphere, and since land temperatures rise and fall more sharply with the seasons than ocean temperatures, global readings tend to average about 4°C cooler in January and February than they do in July or August. Thus, February is not atop the pack in terms of absolute warmest global temperature: that record was set in July 2015. The real significance of the February record is in its departure from the seasonal norms that people, plants, animals, and the Earth system are accustomed to dealing with at a given time of year. Drawing from NASA’s graph of long-term temperature trends, if we add 0.2°C as a conservative estimate of the amount of human-produced warming that occurred between the late 1800s and 1951-1980, then the February result winds up at 1.55°C above average. If we use 0.4°C as a higher-end estimate, then February sits at 1.75°C above average. Either way, this result is a true shocker, and yet another reminder of the incessant long-term rise in global temperature resulting from human-produced greenhouse gases. Averaged on a yearly basis, global temperatures are now around 1.0°C beyond where they stood in the late 19th century, when industrialization was ramping up. Michael Mann (Pennsylvania State University) notes that the human-induced warming is even greater if you reach back to the very start of the Industrial Revolution. Making matters worse, even if we could somehow manage to slash emissions enough to stabilize concentrations of carbon dioxide at their current level, we are still committed to at least 0.5°C of additional atmospheric warming as heat stored in the ocean makes its way into the air, as recently emphasized by Jerry Meehl (National Center for Atmospheric Research). In short, we are now hurtling at a frightening pace toward the globally agreed maximum of 2.0°C warming over pre-industrial levels.

Tokyo was on the brink of nuclear catastrophe

Five years on from the tsunami, the former Japanese prime minister says the country came within a “paper-thin margin” of a nuclear disaster requiring the evacuation of 50 million people.
http://www.telegraph.co.uk/news/worldnews/asia/japan/12184114/ukushima-Tokyo-was-on-the-brink-of-nuclear-catastrophe-admits-former-prime-minister.html

Five Years After Fukushima, 'No End in Sight' to Ecological Fallout

These impacts will last "decades to centuries."
http://www.commondreams.org/news/2016/03/04/five-years-after-fukushima-no-end-sight-ecological-fallout

Mutations in trees and DNA-damaged worms were beginning to appear, while "vast stocks of radiation" mean that forests cannot be decontaminated.

The End of Our Adventure

By Christine Dow
We have arrived back safe and sound after 11 days crossing the Southern Ocean. Our exit from Jang Bogo involved one last (very short) helicopter ride taking us to the Araon icebreaker so that they didn’t have to re-break ice to get back into port. I stayed up till the wee hours on the top deck watching us motoring away from my home for the last month, pushing large chunks of sea ice out the way. Some Adélie penguins were also witness to our departure along with snow and cape petrels diving and swooping around the wave tops. It was a very idyllic sight and I was sad to say goodbye to the Antarctic (until next time). www.firstfinancialinsights.blogspot.com
Posted by Unknown at 5:01:00 AM