There is an old adage saying that the more books we have to write about a topic, then it is less likely that anyone truly understands what the heck they are talking or writing about. For instance, we only need one book on " Gravity"; while on the other hand, we need millions and millions of books, films, theories, articles and so forth to cover all the stories and everything magical that human minds could ever dream-up regarding “Economics”. There appears to be some truth to this old wisdom.

Enough is enough already; so let's cut to the gist. Here's all you really need to know about - “Economics”.

It is primarily a model that involves the relationships amoung three key factors - Inputs, Outputs and People. Inputs are finite ingredients or raw constructs needed to create outputs. They are finite, simply because they derive from the planet's resources (mass and energy) which stores and forms all of the raw constructs; they are limited and do not last forever.

By default, outputs are thus finite too. Again simply because you cannot make outputs, when there are no inputs. People, meanwhile, drive the demand  for outputs and thus the expiration of those finite input ingredients. More people, means more demand for outputs, who will thus, in turn, more rapidly use-up all the remaining finite inputs or raw constructs.

Oh yes; lastly there is a final fourth factor in the overall economic model that comes into play, but only while the game lasts, called "unintended consequences". These include what may be called "output by-products" such as: climate change, ocean acidification, species extinction, biosphere destruction, and so on. Any one, or combinations of these consequences could restrict or prematurely end the game, while there are still some finite input ingredients available.

That too is - A VERY BIG Problem!

So there you go - that should pretty much be all you’ll ever need to know about economics. Also note, that in a funny sort of way economics is just like Gravity - "what goes up, must come down!"  So it too is simply governed by universal laws! Imagine that?

Now, what to do with all those other millions of books and articles? Well, you may rest assured that, in time, physical limits combined with the mathematical relationships amoung Inputs, Outputs and People will have the last word. One might say, that's just common sense! 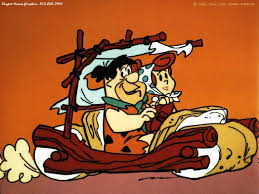 The Wealth Of Planets

My name is Gail Tverberg. I am an actuary interested in finite world issues - oil depletion, natural gas depletion, water shortages, and climate change. Oil limits look very different from what most expect, with high prices leading to recession, and low prices leading to inadequate supply.

Today’s economic threats and why everyone is ignoring them

Think Apple is stock market gold? Think China is the new economic superpower? You thought wrong. In the years since losing Steve Jobs, Apple has failed to innovate while engaging in unparalleled corporate arrogance. China meanwhile is leveraged to the hilt at the same time their government is criminalizing liquidation. Today Robert and Kim talk with Bert Dohmen about these economic threats and why everyone is ignoring them.

A week before The EPA disastrously leaked millions of gallons of toxic waste into The Animas River in Colorado, this letter to the editor was published in The Silverton Standard & The Miner local newspaper, authored by a retired geologist detailing verbatim, how EPA would foul the Animas River on purpose in order to secure superfund money. Study finds price of wind energy in US at an all-time low, averaging under 2.5 cent/kWh

The continued decline in average wind prices, along with a bit of a rebound in wholesale power prices, put wind below the bottom of the range of nationwide wholesale power prices in 2014. Wind energy contracts executed in 2014 also compare very favorably to a range of projections of the fuel costs of gas-fired generation extending out through 2040. These low prices have spurred demand for wind energy, both from traditional electric utilities and also, increasingly, from commercial customers.

Refugees trying to cross from France to England are being aggressively stopped.

Arrivals in Greece have surpassed 107,000 through July. 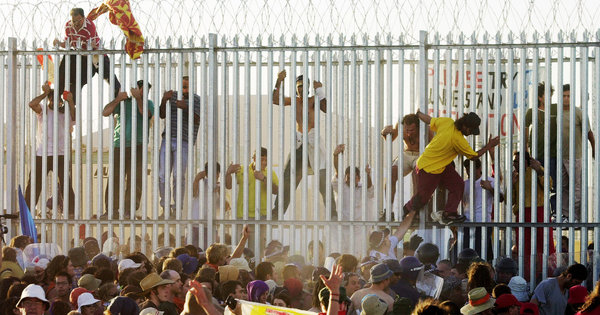 “Safe Zone” in Syria will Inflame the War Zone

The road to war is paved with a thousand lies. A fresh fib was tossed on the lie-cluttered warpath to Syria, when it was announced that the U.S. and Turkey would create a “safe zone” inside of Syria — supposedly to be aimed against ISIS.
This “safe zone” is a major escalation of war, but it was described in soft tones by the media, sounding almost cuddly. In reality, however, a “safe zone” is a “no-fly zone,” meaning that a nation is planning to implement military air superiority inside the boundaries of another nation. It’s long recognized by the international community and U.S. military personnel as a major act of war. In a war zone an area is made “safe” by destroying anything in it or around that appears threatening.

US Intelligence:
Is No

Weaker Than A Year Ago

After billions of dollars spent and more than 10,000 fighters killed,The IS remains a well-funded extremist army able to replenish its ranks with foreign jihadis as quickly as the US can eliminate them. Meanwhile, the group has expanded to other countries, including Libya, the Sinai Peninsula and Afghanistan.