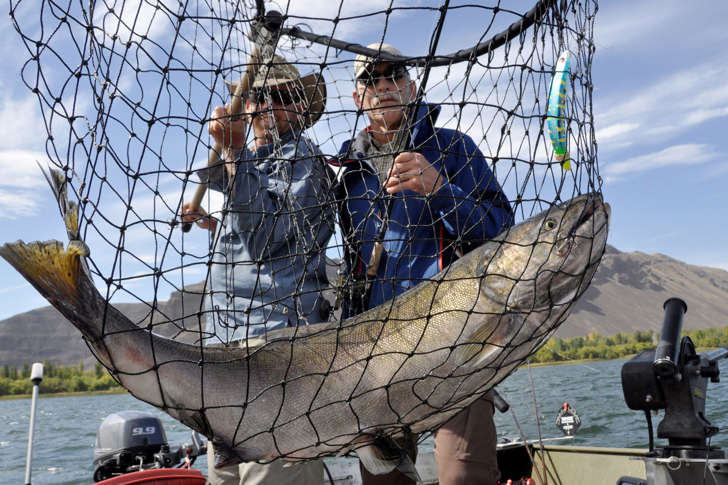 
Freakishly hot, dry weather in the Pacific Northwest is killing millions of fish in the overheated waters of the region's rivers and streams.
"We've lost about 1.5 million juvenile fish this year due to drought conditions at our hatcheries," Ron Warren of Washington State's Department of Fish and Wildlife said in a statement. "This is unlike anything we've seen for some time."
Sockeye salmon losses in the Columbia River due to the heat are in the hundreds of thousands, said Jeff Fryer, senior fishery scientist with the river's Inter-Tribal Fish Commission. The fish were returning from the ocean to spawn when the "unprecedented" warm water killed them, he said.
Water temperatures in the Columbia River — part of which runs along the border of Oregon and Washington — reached the low 70s shortly after July 4, something that doesn't usually happen until August, if at all, Fryer said.
Sustainable oil from algae: the technology is ready, but what about the politics?

All of the oil we use to power our lives comes from living creatures such as algae before morphing into fossil fuel.

Germany Just Got 78% Of Its Electricity From Renewable Sources

We Are All Confident Idiots

The American author and aphorist William Feather once wrote that being educated means “being able to differentiate between what you know and what you don’t.” As it turns out, this simple ideal is extremely hard to achieve. Although what we know is often perceptible to us, even the broad outlines of what we don’t know are all too often completely invisible. To a great degree, we fail to recognize the frequency and scope of our ignorance.

The exact mechanisms that relate improvement in mood to the consumption of probiotics were not specifically presented in this data, but what we do know is that the gut bacteria regulate several factors that do influence our state of mind. First, the microbiota living within the intestines play a large role in creating the various neurotransmitters that have a significant effect on mood, and these include chemicals like serotonin and dopamine. Second, the gut bacteria regulate the level of inflammation throughout the body and including the brain. The chemical messengers of this process, cytokines, are known to be significantly involved in mood and how we perceive the world around us.