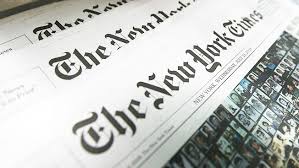 You run the risk of upsetting and offending your cat-loving audience with these pictures for obvious reasons, as well as your loyal cat readers around the world. This could stir social unrest amoung both groups. We will keep an eye open for future demonstrations.Nonetheless, the one on the left demonstrates feral attributes of the species, and a preliminary diagnosis of fourth-staged advanced toxoplasmosis is evident, a disease that inflicts 60 per cent of the global population, most of whom apparently are either GOP or conservative human species, as applicable. The condition is more commonly known as ”Crazy- Cat- Lady-Syndrome”; explaining why those inflicted with this brain-eating parasite act, look and think the way they do - in both the dormant and acute stages. Seriously. it is a widespread international, quiet and somewhat invisible health concern, that is virtually a global epidemic among humans with unknown long-term implications, albeit the rise in the conservative movements is a noteworthy symptom, recently associated with this chronic condition. Of note, Australia plans to spend one billion over ten years eradicating feral cats from the continent because of the serious health, wildlife. political and environmental concerns.

This story is included with an NYT Opinion subscription.Learn more »

Not surprisingly, Rick Perlstein, our foremost expert on the rise of movement conservatism, has the best take so far on the Trump phenomenon. As he says, nobody should be surprised to find that there are a lot of Republicans who are mad as hell and won’t take it any more:

This is important: conservatism is like bigotry whack-a-mole. The quantity of hatred, best I can tell from 17 years of close study of 60 years of right-wing history, remains the same. Removing the flag of the Confederacy, raising the flag of immigrant hating: the former doesn’t spell some new Jerusalem of tolerance; the latter doesn’t mean that conservatism’s racism has finally been revealed for all to see.

And crucially, it’s a key part of conservative mythology that the silent majority shares this hatred, that it’s only the liberal elite with its political correctness keeping Americans from saying what they know to be true. (It’s like the constant trope from the likes of Bill O’Relly that anyone who disagrees with him is a “far-left” type, no matter how mainstream their ideas.)
So why shouldn’t they rally around The Donald? The elite considers him ridiculous, but the base has been told again and again that the elite is corrupt and anti-American. The base has also been told again and again that it represents the true views of everyone except Those People. So why shouldn’t they go with someone who is their