The Senate has passed a TPA (Trade Promotion Authority) Bill giving President Obama “Fast Track” Authority to Unilaterally negotiate the Terms of the Trade Deal known as the Trans-Pacific Partnership with eleven (or more) Asian and Latin American Nations. 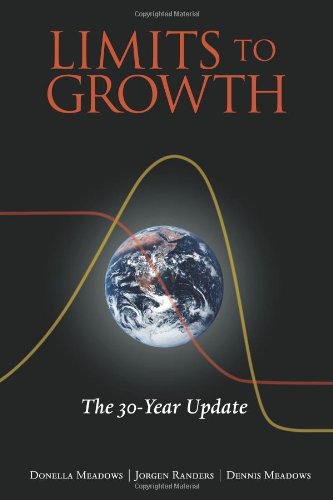 Only the House of Representatives can stop it now!

And it must be stopped because it would likely result in authorizing an almost unlimited number of Foreign “Guest Workers” to Flood the U.S. Job market via the L1 and other Visas, in addition to the Million+plus Immigrants already admitted legally each year and the hundreds of thousands coming illegally.

L1 Visa Holders typically use the L! as a stepping stone to getting a Green Card entitling them to achieve permanent residence. And Spouses of L1 Visa holders are allowed to work without restriction (via the L2) in the U.S. too. And there is no Firm CAP on the number of L1 and L2 Visas issued. And these workers would compete for jobs with Millions of Unemployed and Underemployed Americans.

Senator Jeff Sessions (R-Ala.)summarizes the seriously Negative Consequences.  "Fast Track is an affirmative decision by Congress to suspend several of its most basic powers for the next six years and to delegate those powers to the Executive. … Because TPP is a ‘Living Agreement’ it can be changed after adoption … (it) would empower the President … to admit more foreign workers into the United States — without ever coming to Congress for approval … (and for) immigration increases above current law — and precious few ways Congress could stop its happening.” 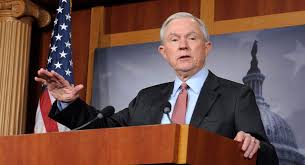 Thus, Approval of the TPA would allow potentially unlimited Immigration Increases above Current Law without Congressional Approval. The Sad History of these Trade Deals show they Hurt American Business and Workers.

Between 2000 and 2010 after NAFTA, GATT and MFN for China, 55,000 U.S. factories closed and 5 million to 6 million manufacturing Jobs Disappeared.  TPA and TPP would be worse because, besides jobs disappearing, immigration could go on steroids and more immigrants would be in the US taking jobs that Americans need.

HELP Stop TPA in the House, which intends to act on it very soon!

Contact your Representative in the House and Urge your Rep to VOTE No on the Fast Track TPA Bill and on any TPP Agreement. The Best Way to Raise American Workers’ Wages is to reduce increasing competition from Legal and Illegal Immigrants.


And for BALANCE Supporters it is time to help BALANCE in its Push for environmentally sustainable immigration policies.  Indeed, BALANCE and its ASAP! Coalition Allies are the only organizations which are actually pushing what would be a Real Solution to our Nation’s problems caused by Immigration-generated Population Growth.

Make a Tax-Deductible Donation at balance.org or Mail a Check to our Mailing Address Below.

And if you have never supported BALANCE, NOW is the time.


Ensure you receive key information (often suppressed by the Main Stream Media!) about developments in Washington DC and across the country regarding these two important and interlinked issues facing our country and actually help BALANCE push Real Solutions.

For example, consider BALANCE’s Real Solution to the Water Crisis in the West (See BALANCE’s May 2015 Alert posted at www.balance.org ).

Indeed, the extent of and likely seriously Negative prospects for the intensifying Water Crisis are not being revealed to residents of California nor indeed to the entire West. Thus, the public is not prepared for the Havoc this Crisis will likely cause in the next few months.

Consider that virtually all of California’s 400,000 plus annual population growth is caused by Legal and Illegal Immigration. The added population causes a demand for an Additional Million Acre feet of Water per year, which is the entire Amount of Water actually in 9 Major California Reservoirs as we write.  A NASA/Cal-Tech Scientist correctly claims that California will literally run out of water in its Reservoirs within one year if present Trends continue.

We should be prepared to see this intensifying Crisis as an Opportunity. We need to work at raising public awareness of the underlying population problem, so that it creates a Genuine Chance of actually achieving substantial Immigration Reduction.

Only two other nonprofits have explicitly linked immigration-generated population growth to the Water Crisis, but one of them has done it in a counterproductive way by informing the public about the linkage, but then failing to push an Effective Immigration Solution -  one which would truly ameliorate the problem in the long run -  allows someone to conclude that “Toilet to Tap” Sewage Reprocessing and/or more Dams or Canals (for Non-Existent Water) are Realistic.

The Only Solution that would keep the Situation from getting much, much worse than it already will be, is to push for a zero-net Moratorium on Legal Immigration (as well as actually enforcing the border in accordance with existing law).

Advocating a demographically and ecologically realistic Solution is essential. Only Advocacy of a zero-net Moratorium is ALSO politically powerful enough to get Immigration Reductions and stop Mass Migration across the Border.

Only one Message is powerful enough to give immigration reduction a good chance of being enacted by the incoming President and Congress in Spring, 2017. That message is a zero-net Moratorium. Only BALANCE and its ASAP! Coalition Allies are pushing zero-Net, and we need to continue to build Momentum for a Real Solution. (Zero-net would still allow admission of about 150,000 immigrants per year.)

Nature, which always bats last, has given BALANCE and its Allies the Opportunity to actually Succeed in getting Dramatic Immigration reductions.

We ask for your support. Make a Tax-Deductible Donation at our Website, balance.org, or by mail to