HE GETS IT! #BernieSanders US Senator - Declared Nation's Hero 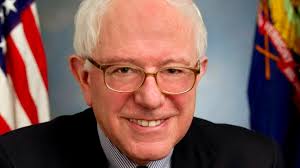 US SENATOR
Bernie Sanders
Calls for War on Global Warming

Applause!, Applause! Why have we declared US Senator , Bernie Sanders, the American 2013 National Hero?

Because Senator Bernie Sanders, well  -  HE GETS IT! And if we also had an International 2013 Super Hero Award (Bigger than a Nobel Prize), we would award him that one too. And when he shows up to speak at our International Award Ceremonies next year, we want every one of you there to praise, celebrate and applaud the wisest, smartest and most forward-looking member of the US Senate in decades, if not centuries. When is 2016 anyway?

This prize comes because of Senator Sander's courage and leadership, by stating that Global Warming is an even greater threat to the United States of America, than Al Qaeda terrorists, or for that matter we add, any terrorist group. How right you are Mr Senator, Sir. Now let's see if the rest of your colleagues can follow your heroic historic call to arms. We are not holding our breath.

Let's not forget that the good Senator Sanders also represents the great and wise state of Vermont. A place where people are still plain folks, caring neighbors and warm friendly communities. A State and a people, who share a greater connection with nature's life and are not the disconnected zombies of hub-bub urban sprawl. And its stunning intoxicating scenery, challenges the best real estate in paradise,(Guess we kinda like Vermont, eh!). All this is reflected in the quality of leadership that these wise folks have chosen to represent their democratic interests. He Gets It!

They say too, that the State of Vermont, is the home and founding state of good ole fashion common sense. Is there something in that Maple Syrup?  We could go on for hours singing high praises of these wonderful people, its scenery and down to earth values..Google's servers still aren't large enough yet.  But rather, we ask that you visit Senator Sander's official congressional website, that we have linked to above - hear the words straight from the horse's mouth. You will be amazed by how insightful, balanced and wise this guy actually is - he's the "lke" for our times!

Then you will also see why he won the highly coveted American 2013 National HERO Award - HE GETS IT!  And so does the home of common sense, the beautiful state of Vermont - THEY GET IT!

Where It All Began... 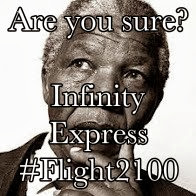