"As secretary of the state’s department of natural resources Wade Crowfoot said in his Ocean Day remarks, “If we can’t do it in California, where else in the world are we going to do it?” 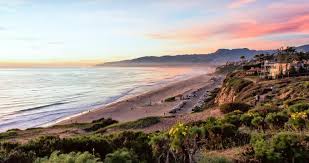 'It's become an underlying theme in everything we're doing.'

SACRAMENTO, Calif. – The world’s oceans are deeply affected by climate change – and vice versa. But until recent years, ocean advocates throughout California had long tackled issues like over-fishing and coastal pollution without as much emphasis on the broad-reaching relationship between climate and oceans.
That’s all changed, as evidenced by a March annual lobbying event at the state capitol.
In 2004, when a dozen or so advocates gathered for the first Ocean Day, “climate change was a side issue,” said Environment California’s Dan Jacobson, who launched the event.
When more than 200 people convened from throughout the state last month, climate had become “the overarching issue” in legislator meetings on a range of topics.

“It’s become an underlying theme in everything we’re doing,” said Jacobson. “Even the guy who literally rescues animals stranded on the shore is saying, ‘Of course, this is all getting worse because of climate change.'”
READ MORE
LEARN MORE
ABRUPT CLIMATE CHANGE