“If we don’t cut greenhouse gas emissions, we are in very serious trouble,” says Rivington, “but other tactics must happen together at the same time.” 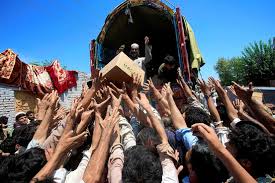 Will Climate Change Cause Food Sources to Dwindle?

May 14, 2019 -- Record-breaking floodwaters engulfed the plains of Nebraska in March. As-yet-untold crops, livestock, and farmlands were lost in the disaster. The Nebraska Department of Agriculture estimates that the value of the lost crops and livestock will surpass $800 million.
Nebraska’s main crops include cattle, corn, soybeans, wheat, and dry beans. The state’s estimate of losses does not include the cost of lost livelihood to the many farmers who don’t know when they will be able to farm their land again.
While the floodwaters in the Plains have begun to recede, the National Oceanic and Atmospheric Administration warns that historic, widespread flooding, worsened by above-average snowfall and spring rain, will continue through May.
The heat waves, droughts, wildfires, and floods that have become the norm in recent years have serious implications for the food supply: 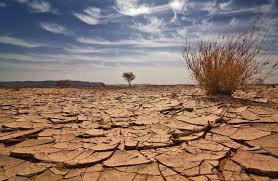