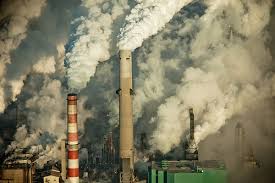 Hooked!
The Unyielding Grip of Fossil Fuels on Global Life

Here’s the good news: wind power, solar power, and other renewable forms of energy are expanding far more quickly than anyone expected, ensuring that these systems will provide an ever-increasing share of our future energy supply.  According to the most recent projections from the Energy Information Administration (EIA) of the U.S. Department of Energy, global consumption of wind, solar, hydropower, and other renewables will doublebetween now and 2040, jumping from 64 to 131 quadrillion British thermal units (BTUs).
And here’s the bad news: the consumption of oil, coal, and natural gas is also growing, making it likely that, whatever the advances of renewable energy, fossil fuels will continue to dominate the global landscape for decades to come, accelerating the pace of global warming and ensuring the intensification of climate-change catastrophes.

The rapid growth of renewable energy has given us much to cheer about.  Not so long ago, energy analysts were reporting that wind and solar systems were too costly to compete with oil, coal, and natural gas in the global marketplace.  Renewables would, it was then assumed, require pricey subsidies that might not always be available.  That was then and this is now.  Today, remarkably enough, wind and solar are already competitive with fossil fuels for many uses and in many markets.

Divisive, Illiberal and Calculating' Theresa May to be UK Prime Minister

"It is simply inconceivable that...May should be crowned prime minister without even having won an election in her own party, let alone the country"
http://www.commondreams.org/news/2016/07/11/divisive-illiberal-and-calculating-theresa-may-be-crowned-uk-prime-minister

Republicans Back Exxon’s Right To Be A Climate Denier

The latest development in a now tit-for-tat battle over the so-called ‘web of denial’ that fossil fuel companies are increasingly being accused of spinning over decades, in order to delay action on climate change.
https://newmatilda.com/2016/07/14/republican-committee-backs-the-right-to-climate-denial-issues-subpoenas/

Draft Republican Platform Calls for Annexation of Area C of West Bank
The so-called two-state solution to the Israeli-Palestinian conflict has always been a distraction to buy time for the Israelis to annex most of the West Bank, and will be tangled up in the unexamined question of controlling access to scarce water resources.
http://lobelog.com/draft-republican-platform-effectively-calls-for-annexation-of-area-c-of-west-bank/ Hong Kong’s financial secretary John Tsang Chun-wah warned recently that the city’s economy is facing its “worst time in 20 years”. In the past half a decade, growth has more than halved to close to 2.5 percent. With Brexit chills, some analysts fear a contraction.
The writing has been on the wall since the global financial crisis. Yet, critical decisions have been delayed.
Growth engines fading Hong Kong’s old growth drivers remain necessary but are no longer enough. In the past, export-led growth fueled Asia’s tigers, including Hong Kong. Today, advanced West can no longer absorb Asian imports, and China’s growth is decelerating.
Last spring, concerns about Hong Kong’s economy led some ratings agencies to downgrade their outlook to negative, after similar action on China. But while the mainland can still rely on catch-up growth and rising living standards, Hong Kong’s aging economy must do with slower growth, stagnant living standards and income polarization.
Value Walk
Posted by Unknown at 6:00:00 AM